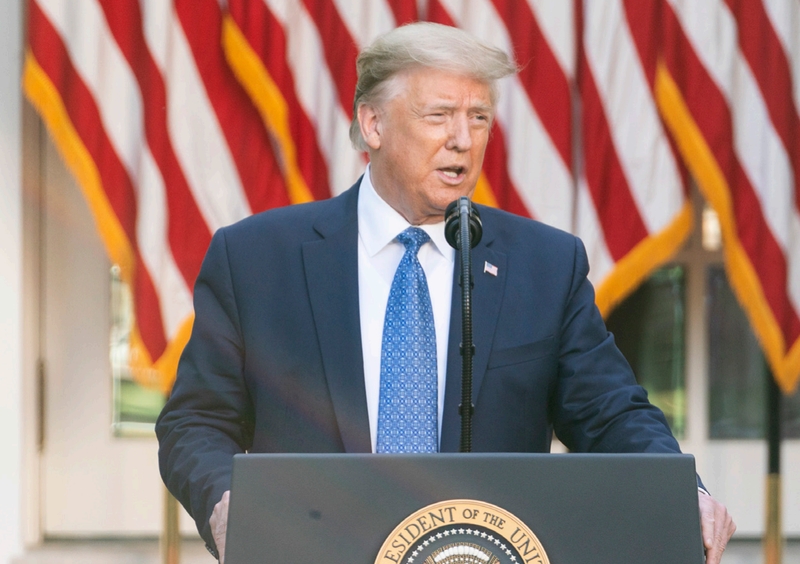 Speaking on pro-Trump network Newsmax last week, Ms. Trump echoed the criticism of Sanders on the former president’s permanent suspension from most major social media platforms, particularly on Twitter. Sanders shared his concern on a podcast for the New York Times, saying that he felt conflicted towards platforms implementing a social media ban on Trump despite his deeds and incendiary statements during his presidency.

“He’s exactly right,” said Ms. Trump. “They shield themselves behind the idea that these are private companies and they don’t have to follow the same rules as other outlets. They absolutely should. Our First Amendment rights to freedom of speech should be upheld across the board, period. That should be the bottom line here.”

Trump was permanently suspended from most major social media platforms following his involvement in the January 6 insurrection at the Capitol. Five people were killed in the riots, and hundreds of Capitol Police officers were left severely injured. Capitol Police officer Brian Sicknick was among the five fatalities.

Prior to the permanent suspension, Twitter had already flagged many of the now-former president’s posts claiming voter fraud despite widely being refuted by many officials, including his own appointees. Several allies of Trump had also been suspended by the platform at the time when Trump lost his social media accounts. Twitter cited the “risk of incitement of violence” as its reason for its permanent suspension of Trump.

In other news, Trump previously made an attempt to downplay the gravity of the insurrection that occurred. A mob of his supporters stormed the Capitol in an attempt to derail the formal certification of electoral votes by Congress. Hundreds of rioters have since been arrested. Speaking on Fox News, the former president claimed that the rioters did not pose a serious threat to the Capitol Police as well as members of Congress themselves.

“It was zero threat, right from the start, it was zero threat,” said Trump, despite reports surfacing as well as footage that the rioters were also targeting Democratic House and Senate leadership including then-vice president Mike Pence.