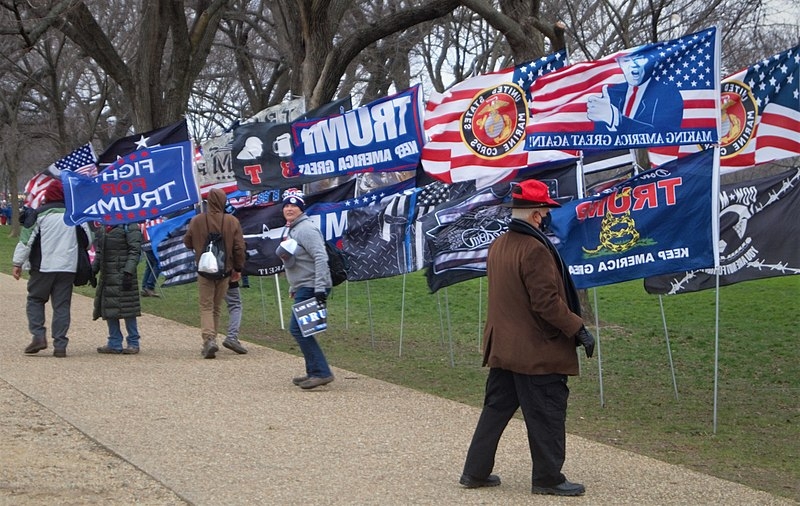 Now-former President Donald Trump’s refusal to accept the results of the November elections culminated in the January 6 insurrection at the Capitol. With law enforcement having made hundreds of arrests, campaign finance filings have revealed that the arrested rioters increased their donations to help the former president contest the results.

Campaign finance filings made five weeks after the November elections revealed that those who were arrested and charged for participating in the Capitol riots increased their campaign donations by up to 75 percent. While such donations are nothing new, as there have been few to no donations made in the past years, the numbers only increased in Trump’s efforts to overturn Joe Biden’s election victory. Biden was sworn in last January.

19 days after the election, Trump and his affiliated groups including the Republican National Committee raised up to $207.5 million. One rioter who was charged, James Uptmore, had made up to 40 donations to the now-former president’s campaign and his other aligned groups all in the effort to overturn the election results. Among the first 311 people that were arrested for their involvement in the riots, around 90 people have had a history of making political contributions.

During Trump’s crusade to contest the election results, he especially zeroed in on Georgia, the state whose electoral votes went to Biden. Damning evidence of Trump’s attempt to overturn election results also surfaced from the state, through a leaked recording of his conversation with Georgia’s Secretary of State Brad Raffensperger asking to “find” enough votes to give him the win. Raffensperger drew Trump’s ire for refusing to overturn the results. Now, Trump is endorsing Raffensperger’s challenger for the post, Congressman Jody Hice.

Hice was among the House Republicans who opposed the election results. Trump announced his endorsement of Hice through a statement, repeating his baseless claims of fraud and attacking Raffensperger.