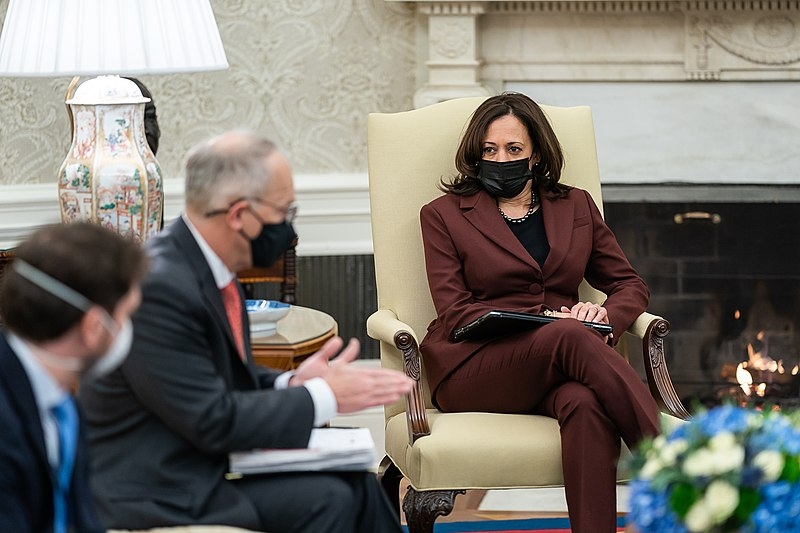 Vice President Kamala Harris has been hands-on in the administration’s foreign policy matters. Harris is looking to further prepare herself for future foreign policy talk as she will start regularly meeting with Secretary of State Antony Blinken.

Two administration officials revealed to CNN that Harris will start her lunch meetings with Blinken on Wednesday. The meetings are expected to continue regularly as Harris looks to further shape her stance on foreign policy, leaning into her experience as part of the Senate Intelligence Committee. The meetings indicate Harris’ intent to continue with the tradition of vice presidents closely working with the administration’s Secretary of State. When Joe Biden was vice president, he was known to constantly have meals with then-Secretary of State Hillary Clinton.

The vice president has reportedly told close aides that she plans on shaping her tenure as vice president after Biden’s. The lunch meetings with Blinken could benefit that plan. However, Harris seeks to further reinforce her foreign policy and national security knowledge over time. According to one person knowledgeable with the matters, it also suggests that Biden is providing his vice president a space to grow in terms of foreign policy. The source went on to say that because Biden trusts both of them, he hopes that they would develop a relationship of their own.

Harris previously accompanied Biden in his first visit to the State Department. Blinken spoke positively of the vice president, saying that Harris also shared the same commitment to bringing forth a foreign policy that would put diplomacy on the forefront.

In other news, politicians have been known to make occasional cameos on the sketch show Saturday Night Live. From former President Barack Obama, the late Senator John McCain, Hillary Clinton, even Senators Bernie Sanders, and Elizabeth Warren. Harris has yet to make a cameo on the show, but according to comedienne Maya Rudolph, who portrays Harris on the show, having the vice president appear would be an “absolute dream.”

“If we’ve all gotten our vaccines and can do a little hug, that would be real nice,” said Rudolph to The Hollywood Reporter. When it came to her appearances on the show portraying Harris in the future, Rudolph added, “As many purple coats as it takes I’ll be happy to be there, as long as she’s around.”