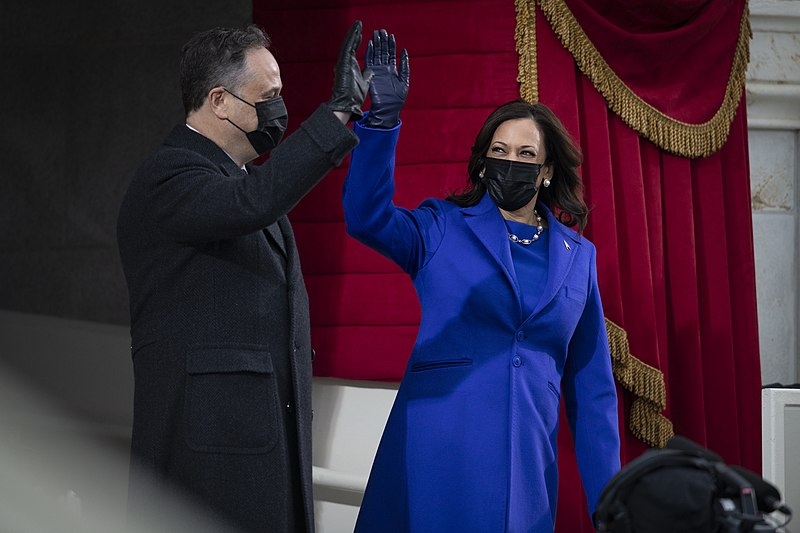 This week, vice president Kamala Harris received her second dose of the COVID-19 vaccine. With the vaccine administered to her at the NIH, Harris recalled what she described as her first job.

Harris visited the National Institutes for Health to receive the second shot of the Moderna vaccine. During her visit, she recalled memories of accompanying her mother, cancer researcher Shyamala Gopalan to the NIH and revealed that her first job was to clean her mother’s laboratory equipment. Harris added that she felt she went “full circle” as she visited the NIH now as the country’s vice president. The vice president shared that the NIH was a big part of her childhood as a place her late mother always went to and “was very excited to work.”

“In fact, a little known fact is that my first job was cleaning pipettes in my mother’s lab. She would take us there with her after school and on weekends,” shared Harris. Following the receiving of the vaccine, Harris thanked the staff at the NIH for their work and encouraged the public to receive a vaccine. “It will save your life. So thanks to all who are doing this great and important work. Let’s make sure everyone gets the vaccine. On behalf of President Biden and myself, I thank you for everything you do every day.”

So far, over 24 million Americans have been given a COVID-19 vaccine. The aim of the Biden administration is to get all adults vaccinated by the summer.

Meanwhile, a royal commentator claimed that Harris may find an unlikely friendship with Meghan Markle, the Duchess of Sussex due to their similar backgrounds and connections. Even as a royal, Markle has tread the line of being political. The first instance was when the Sussexes urged the American public to vote, a move that was seen as the royals endorsing then-Democratic presidential candidate Joe Biden.

Commentator and author Howard Hodgson claimed that it would not be surprising if Markle took the opportunity to collaborate with Harris. However, Hodgson noted that this may cause some trouble with the Royal Family, which strongly maintains an apolitical stance.