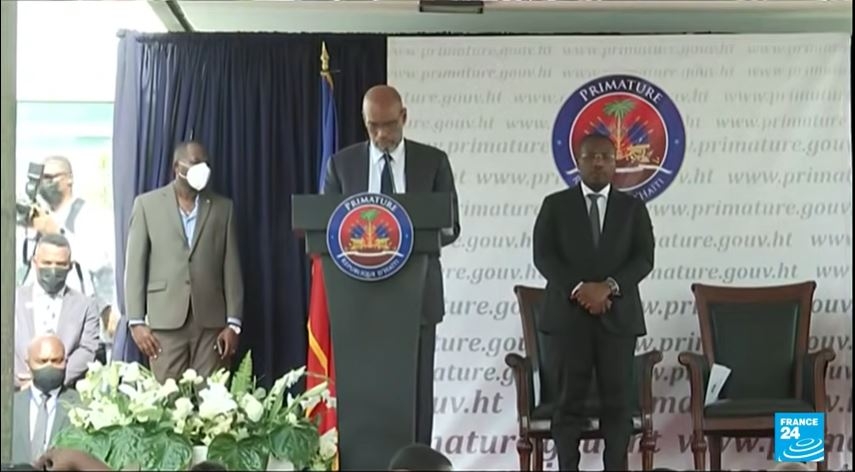 Weeks after the assassination of Haitian President Jovenel Moise, the country has brought in a new prime minister in Ariel Henry. In his remarks this week, Henry pledged to hold accountable all of those involved in the murder.

The Miami Herald reports that Henry, who was recently sworn into office, pledged not only to bring those involved to justice for the murder of Moise, who was shot in his private home. Moise’s wife, Martine Moise, was left injured during the incident and was rushed to the hospital following the shooting. Henry also pledged that elections would be scheduled, especially as Moise was already being pressured to hold elections that are thought to be long overdue prior to his death.

“We will ensure the continuation of the investigation into the harsh and heinous assassination of the President of the Republic. All sponsors, perpetrators of this murder must be brought to justice. It is a matter of state,” said Henry. “All the people involved in this crime will be tracked down everywhere and brought to justice.”

Henry met with his Council of Ministers then assured the public that his government is working with all sectors to prevent “all irritants -- everything that could stop us from quickly reaching a good political accord so that we could hold elections without any show of favoritism.” Henry’s meeting on Wednesday came as 50 protesters showed up at the US Embassy in Haiti, demanding that the US refrain from interfering in Haitian affairs. Coincidentally, this was also the 106th anniversary of the US occupation of Haiti that happened last time when a Haitian leader was assassinated.

While Henry did not address the anniversary, he said that the mission of his government was to prepare the necessary conditions for the country to hold free, fair, and inclusive elections.

Previously, Haitian authorities have arrested the top security coordinator Jean Laguel Civil on Monday, according to Civil’s lawyer Reynold Georges. Civil was arrested on suspicion of involvement in Moise’s murder following the account of another supposed aide that leaked on social media. Civil’s arrest came after Dimitri Herard, another senior member of Moise’s security detail, was also arrested.