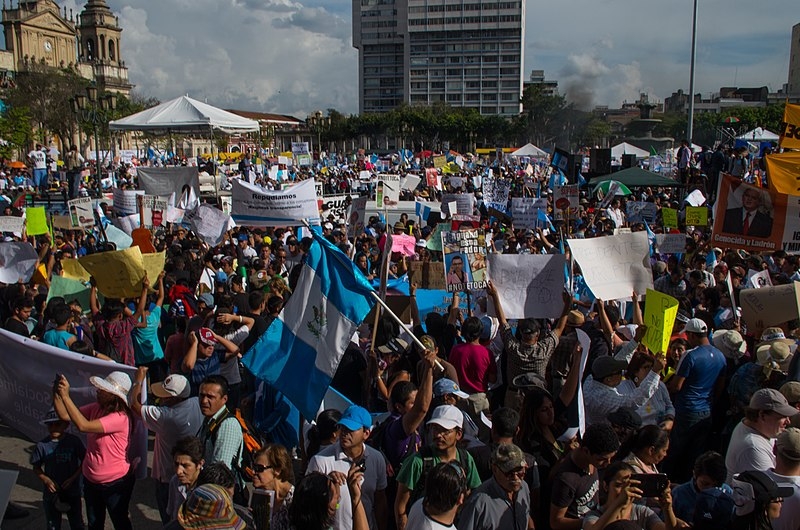 The relations between the US and Guatemala have hit a road bump in recent days over the issue of corruption in Guatemala. In response to the dismissal of the country’s top anti-corruption prosecutor, the US State Department has suspended cooperation with the Guatemalan Attorney General’s office.

The US has responded to the firing of Guatemala’s top anti-corruption prosecutor Juan Francisco Sandoval by suspending cooperation between the US government and the Guatemalan Attorney General’s office. State Department spokeswoman Jalina Porter said that the suspension would be implemented until the US conducts a review of its assistance to the attorney general’s office, led by Consuelo Porras.

The decision “fits a pattern of behavior that indicates a lack of commitment to the rule of law and independent judicial and prosecutorial processes,” said Porter. “As a result, we have lost confidence in the attorney general and the intention to cooperate with the US government and fight corruption in good faith.”

The response of the US after Sandoval’s firing was to be expected. Shortly after his firing, Sandoval fled the country, and protests erupted calling for Porras to resign as attorney general of the country. Sandoval’s firing also comes two months after US Vice President Kamala Harris visited the country to meet with Guatemalan President Alejandro Giammattei to discuss anti-corruption efforts while also addressing the root causes of migration.

The day before Sandoval was dismissed, Porras reassigned another prosecutor from Sandoval’s office. Porras has since defended the firing, accusing Sandoval of showing an ideological bias in his prosecutions. Sandoval was appointed to the post by Giammattei’s predecessor Jimmy Morales.

Sandoval, however, said that Porras had often sought to block his investigations, especially in connection to the Guatemalan President.

Along with public protests against Sandoval’s firing and calling for Porras’ resignation, the Bishops Conference of Guatemala also condemned Porras’ firing of the top prosecutor. In a statement issued, the bishop called the firing “illegal and arbitrary” and noted the backlash it received from the public means that it is “a setback in the efficient fight against corruption and impunity” that has done severe damage to the development of the country.