How to meet America’s climate goals: 5 policies for Biden’s next climate bill 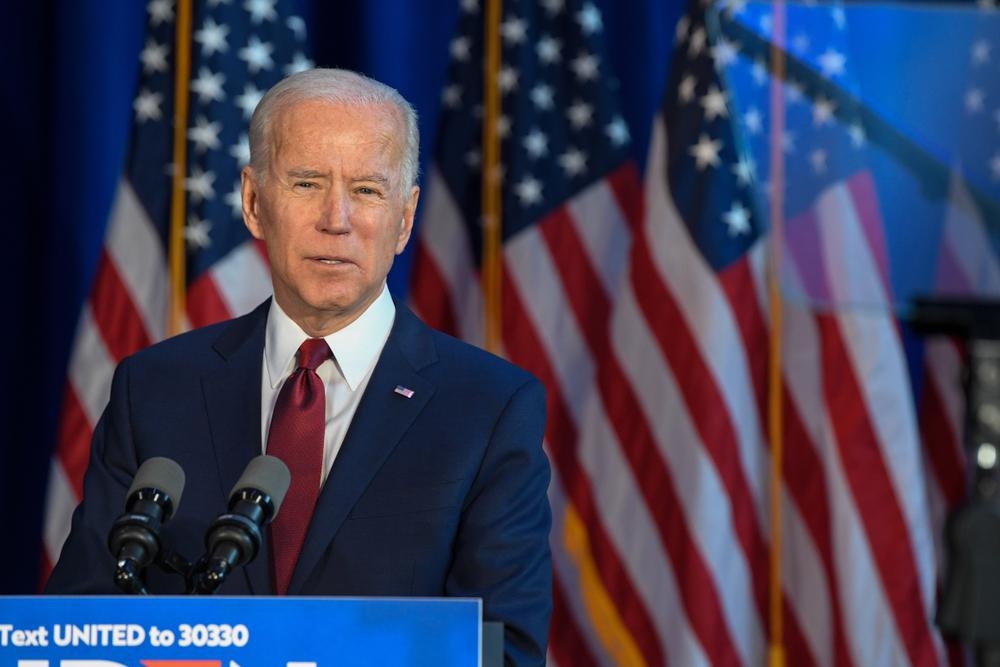 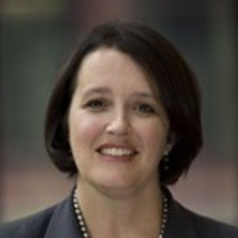 President Joe Biden’s new climate strategy, announced after his original plan crumbled under opposition in Congress, will represent a historic investment in clean energy technology and infrastructure if it is enacted. But it is still not likely to be enough to meet the administration’s emissions reduction goals for 2030.

As director of the Fletcher School’s Climate Policy Lab at Tufts University, I analyze ways governments can manage climate change.

As the new plan comes together, and the administration considers future steps, here are five types of policies that can help get the United States on track to achieve its climate targets. Together they would reassure the world that the United States can honor its climate commitments; help stave off the effects of a carbon border tax planned in Europe; and, if designed right, position U.S. workers and firms for the low-carbon economy of the 21st century.

The United States’ ability to compete in low-carbon and resilience technologies such as energy storage has eroded over the past two decades.

Part of the problem has been the political impasse in Washington over clean energy and climate policies. Over the past 20 years, tax credits, loan guarantees and regulations have started and stopped, depending on the political whims of whoever is in power in Congress and the White House. U.S. companies have gone bankrupt while waiting for markets to materialize.

Meanwhile, European companies, with backing from their investment and development banks, and Chinese companies have surged ahead, using their home markets to demonstrate new technologies and build industries. Wind turbines are a good example. European companies, led by Denmark’s Vestas, controlled 43% of the wind turbine market globally in 2018, and China controlled 30%. By contrast, the United States accounted for only 10%.

I believe the United States as a country needs to make choices about where it has comparative advantage, and then the federal government can chart a clear course forward to develop those industries and compete in those global markets. Will it be electric vehicles? Electricity storage? Technology for adaptation such as sea wall construction, flood control or wildfire management? Independent advice could be provided to the administration and Congress, perhaps by the National Academies of Science, and then Congress could authorize an investment plan to conditionally support these industries.

Tempting as it is to support all technologies, public dollars are scarce. Companies that receive subsidies must be held accountable with performance requirements, and taxpayers should get a return when those companies succeed. 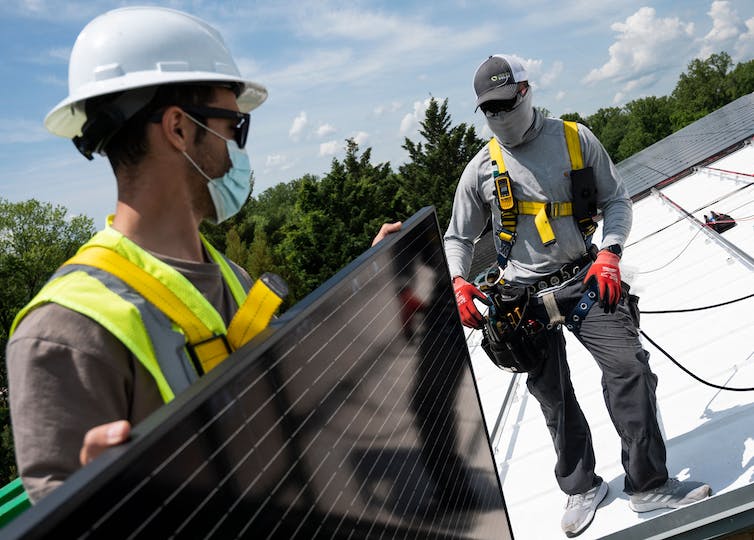 As part of industrial policy, officials also need to squarely face up to the fact that some workers, states, cities and towns with industries closely tied to fossil fuels are vulnerable in the transition to cleaner energy.

On an expert panel convened by the National Academies of Science and recent study, colleagues and I recommended that the government establish a national transition corporation to provide support and opportunities for displaced workers and affected communities. These communities will need to diversify their economies and their tax bases. Regional planning grants, loans and other investments can help them pivot their economies to industries that contribute less to climate change. Establishing a U.S. infrastructure bank or green bank to fund low-emissions and resilience projects could help finance these investments.

Equally important is investing in the workforce needed for a low-carbon economy. The government can subsidize the development of programs at colleges and universities to serve this economy and provide scholarships for students.

Other policies can help generate the revenue needed to support the transition to a clean economy.

Tax reform can also help, such as replacing some individual and corporate income taxes with a carbon tax. This policy tool would tax the carbon in fuels, creating an incentive for companies and consumers to reduce use of fuels with the greatest impact on the climate. To avoid overburdening low-income households, the government could reduce income taxes on lower-income households or provide a dividend check.

Tax credits, loan guarantees, government procurement rules and investments in innovation are all useful tools and can shape markets for American companies. But these fiscal policy tools should not be permanent, and they should be phased down as technology costs come down.

Investing in markets as well as innovation

The government has the ability to both “push” and “pull” climate technologies into the marketplace. Government investments in research and human capital are “push”-type policies, because supporting research ensures that smart people will keep moving into the field.

The government can also “pull” in technologies by creating vibrant markets for them, which will provide further incentives to innovation and spur widespread deployment. Carbon taxes and emissions trading systems can create predictable markets for industry because they provide long-term market signals that let companies know what to expect for years ahead, and they at least partially account for a product’s damage to the environment. 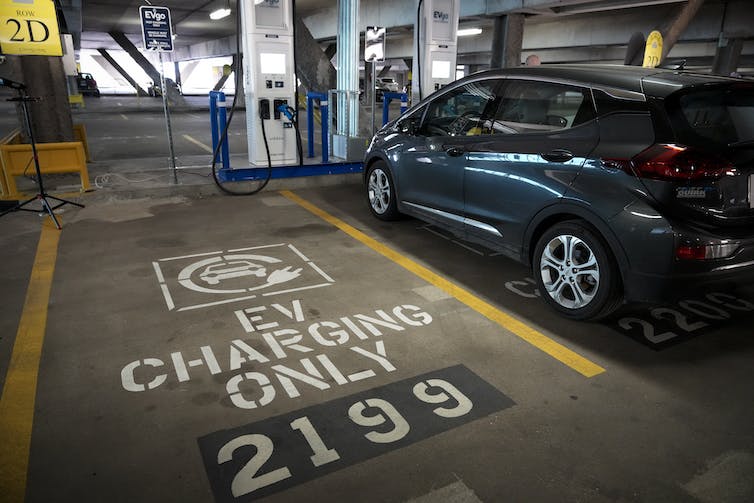 Electric vehicles are among the examples of a new market. Drew Angerer/Getty Images

While the United States is investing in clean-energy research, development and demonstration, it has been less successful than China or Europe – both of which have emissions trading systems – in developing predictable, durable markets.

Performance standards give companies the flexibility to find the best way to comply, which can also fuel innovation. The Biden administration could develop new performance standards in each major emitting sector – vehicles, power plants and buildings. Federally imposed building codes, which are set at the state and local levels, would be a difficult political lift.

The laws that established the government’s authority to set standards, such as the Clean Air Act and Energy Policy Act, have some ambiguities that can leave standards vulnerable to court challenge, however. Legal challenges have led to a zigzag in regulations in some sectors, most obviously the power sector.

A final area where policy is needed is for nature-based solutions. These might be fiscal incentives for restoring forests, which store carbon, or protecting existing lands from development, or they might be regulations.

Laws and regulations at the state level can also be enormously powerful in changing the U.S. emissions trajectory.

The centerpiece of Biden’s original climate plan was a program designed to reward and pressure utilities to shift electricity production away from fossil fuels faster. With the Senate split evenly between Democrats and Republicans, West Virginia Democrat Joe Manchin’s opposition sank the plan.

The Biden administration’s new Plan B has a number of heroic assumptions and relies heavily on fiscal and regulatory tools, along with lots of state-level actions.

Missing from Plan B is the emphasis on innovation and industrial policy, both of which might have a larger impact on U.S. emissions. The elephant in the room that cannot be ignored is that the United States needs a climate bill that puts its targets for reducing emissions by 2030 and 2050 into law, gives the right government agencies the authority to set policies and addresses industrial and workforce needs.