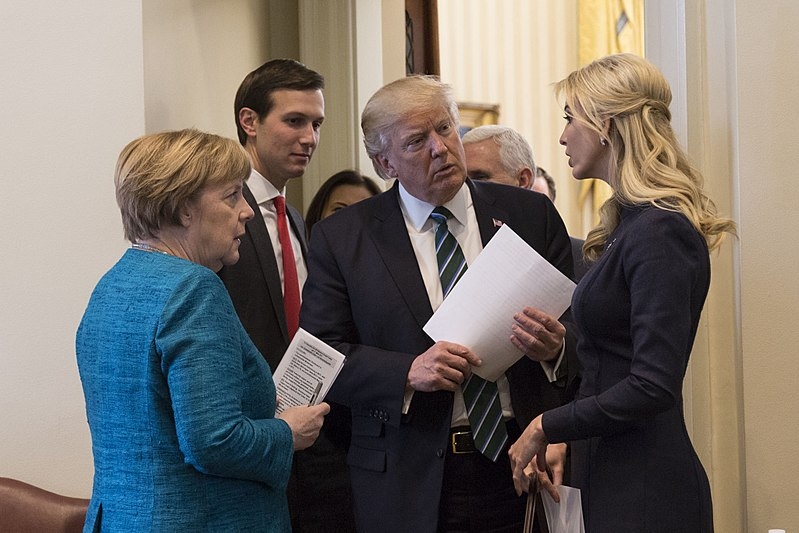 In the midst of revelations regarding former White House adviser and former first daughter Ivanka Trump and the rest of the Trump family, more details have since emerged. A recent report revealed that twice-impeached former President Donald Trump had to be blocked from appointing Ms. Trump to lead the World Bank.

The Intercept’s Ryan Grim and Max Ufberg reported that in January 2019, when there was an opening to become the head of the World Bank, the now-former president suggested his eldest daughter lead the agency. However, Steven Mnuchin, who was the Treasury Secretary at the time, blocked Ms. Trump’s appointment to the role from happening.

“As the White House moved to select its new leader, one name very dear to Trump’s heart kept floating around: his daughter Ivanka,” wrote Grim and Ufberg, who also noted that rumors of Ms. Trump’s appointment to the position were circulating at the time. Ms. Trump was also telling reporters that she was happy in her role as adviser to her father.

Citing two sources with knowledge of the matter, the report goes on to reveal that Trump really wanted his daughter to lead the World Bank, only for Mnuchin to ultimately block the appointment. “Mnuchin often placed himself between the president and what the Treasury secretary saw as colossally counterproductive moves. His time as a Hollywood producer -- making him a representative of the set whose approval Trump craved -- gave him influence that others in the administration lacked,” said the report.

While Ms. Trump did not lead the World Bank, she played a role in selecting the person who would lead the agency, David Malpass.

While Ms. Trump has largely stayed out of politics since leaving Washington along with her husband and fellow White House adviser Jared Kushner, AFP reports that the couple is in Jerusalem for the Abraham Accords initiative that will advance the deal that normalized relations between Israel and Arab nations.

Following the launch of the Abraham Accords caucus in Israel’s parliament, the Knesset, Kushner said that the deal would bring a new paradigm to the region. The deal also broke the consensus among Arab nations that there would be no relations with Israel until the situation with Palestine has been resolved.