Ivanka Trump, Jared Kushner reportedly tried to meet with the Queen, viewing themselves as US royalty, new book claims 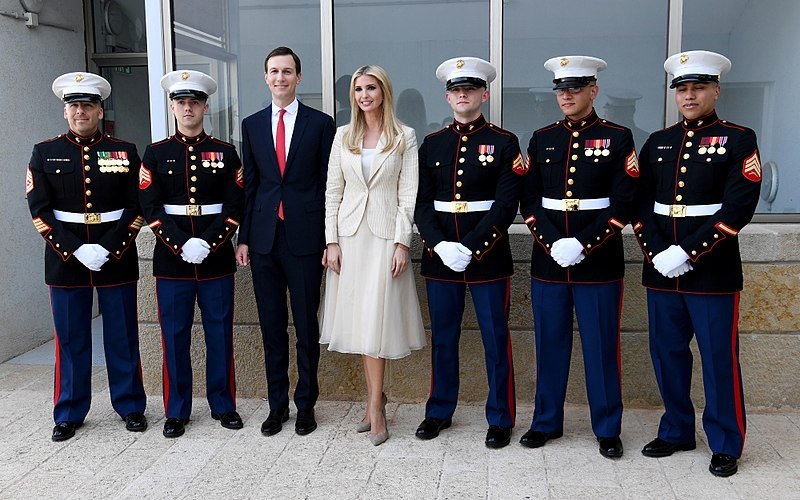 While both Jared Kushner and Ivanka Trump have largely stayed away from politics since leaving Washington in January, a new book by former first lady Melania Trump’s former chief of staff, Stephanie Grisham, shed some light on the couple. Details of the book revealed how Mr. Kushner and Ms. Trump saw themselves as they tried to meet with Queen Elizabeth II.

Details from Grisham’s book, “I’ll Take Your Questions Now,” were obtained by the Washington Post, revealing how the former Trump White House advisers saw themselves. Grisham described how during the now-former president’s visit to the UK, both Mr. Kushner and Ms. Trump tried to squeeze their way into the meeting between Donald Trump, Mrs. Trump, and the Queen. This would have been seen as a breach of protocols.

“I finally figured out what was going on,” Grisham wrote, regarding the incident. “Jared and Ivanka thought they were the royal family of the United States.”

This was just one of the many details Grisham provided in her tell-all book about the administration, including Mrs. Trump’s refusal to condemn the Capitol insurrection or refute her husband’s false election claims. Grisham was one of the Trump administration officials who stepped down shortly after the insurrection last January 6.

In Grisham’s book, she revealed how Ms. Trump would notoriously invoke “my father” in meetings and was referred to as a “princess” by the White House staff as well as Mrs. Trump. Grisham also described Mr. Kushner as the former president’s “real chief of staff” by the end of his presidency and as a “slim reaper” because of his tendency to take over tasks of other staff members despite not having enough knowledge or experience.

Other tell-all books by former Trump administration officials have noted the rift between Ms. Trump and her stepmother, including the former first lady’s former aide and friend Stephanie Winston Wolkoff. Speaking with CNN, Wolkoff said that Grisham’s book could be linked to Ms. Trump’s White House aspirations.

Grisham, who served as a White House Press Secretary but infamously never held a press briefing, started out in the West Wing of the White House, according to Wolkoff. The former aide to the former first lady added that Grisham was not really there for Mrs. Trump but was rather an “Ivanka loyalist.”

“I have a hunch...this might be Ivanka’s next step for her bid to the White House,” said Wolkoff. “Having Stephanie Grisham do a little dirty work on Melania.”