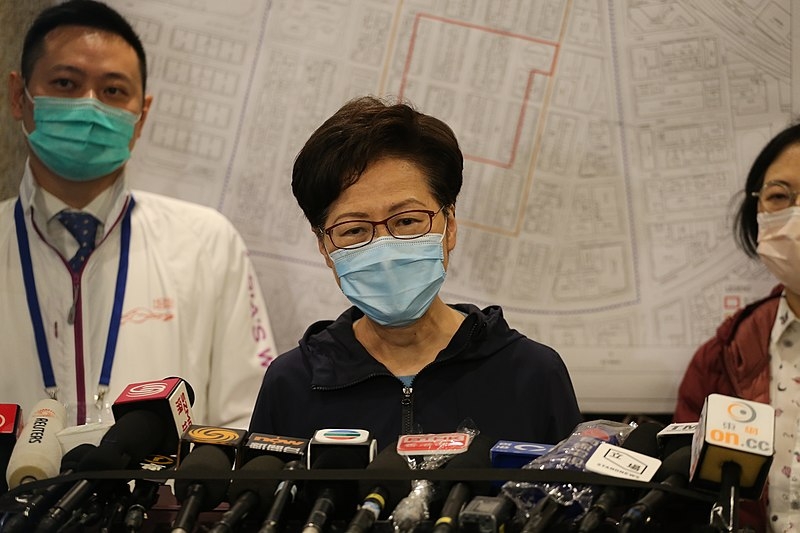 This week, Hong Kong’s Chief Executive Carrie Lam announced that the former British colony would draft its own national security law. The law would be in accordance with its own mini-constitution.

Lam announced Wednesday to the new “patriots only” legislature that Hong Kong is to draft its own national security law. This follows the national security law that Beijing imposed in 2020 in the wake of mass protests. The law, according to human rights watchdog Amnesty International, dismantled the freedoms of Hong Kong citizens that China pledged to respect when the territory was returned to China.

The new law, as Lam confirmed, will meet with Article 23 of Hong Kong’s mini-constitution, which states that the city will pass its own national security laws. While the offenses that would be included were not disclosed, treason, secession, sedition, subversion, and theft of state secrets are included in Article 23. The article also includes prohibiting foreign political organizations from carrying out political activities in Hong Kong or local political organizations having connections to overseas political groups.

Beijing said that it was forced to introduce the national security law because Hong Kong was unable to implement its own. An attempt made back in 2003 was dropped following widespread protests due to concerns that the former British colony’s freedoms would be at risk.

This was the first session of the new Beijing-backed “patriots only” legislature that did not include any political opposition. The recent special elections were met with international condemnation, with several international alliances such as the Five Eyes alliance, the G7, and the EU criticizing China’s overhaul of Hong Kong’s elections.

“Meanwhile, many of the city’s opposition politicians – most notably the majority of the NSL 47 – remain in prison pending trial with others in exile overseas,” said the statement, referring to the opposition politicians that have been jailed under Beijing’s imposition of its national security law in Hong Kong.

Speaking with the Telegraph, Hong Kong’s final British governor Lord Patten also criticized the recent elections, questioning the point of having an election when authorities are detaining pro-democracy activists and those who refuse to follow the orders of the Chinese Communist Party. Patten also suggested that Beijing’s crackdown on Hong Kong’s election rules was done out of fear, as pro-democracy figures are known to do well.