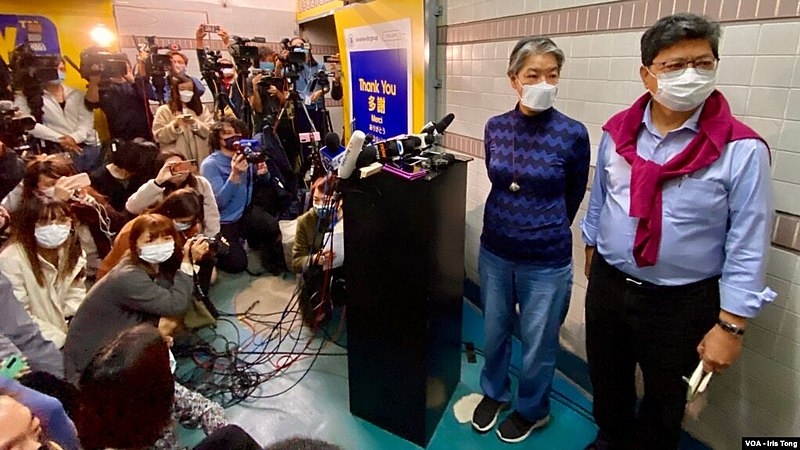 Nations have previously expressed concern regarding the ongoing crackdown that China is pursuing on Hong Kong. Amidst the ongoing clamping down by Beijing on news outlets, a third Hong Kong news outlet announced its shutting down.

AFP reports that reporters from Hong Kong news outlet Citizen News cited press freedoms as being in jeopardy when the outlet shut down Monday. The reporters said that they no longer felt safe to publish news, following the arrests made on the staff of another news outlet for “sedition.” Citizen News is now the third Hong Kong news outlet to stop publishing as Beijing carries out its crackdown on the freedoms of the former British colony’s citizens.

The outlet made the announcement of its closing over the weekend, saying Sunday evening that the website will stop updating starting Tuesday midnight. Reporters further made clear on their final day that the decision to shut down was out of fears from the national security raid that was carried out on another outlet, Stand News.

“We have been trying our best not to violate any laws but we can no longer see clearly the lines of law enforcement and we can no longer feel safe to work,” said the outlet’s co-founder Chris Yeung, who also previously served as president of the Hong Kong Journalists Association.

“Journalists are also human beings with families and friends,” Yeung added. Yeung explained that while they have not been contacted by the authorities, they decided to close down based on what they were seeing that was happening to the local media.

This follows the special legislative elections that saw pro-Beijing candidates get elected, and prompted criticism from the international community for China’s overhaul of Hong Kong’s electoral process. A group of foreign ministers from the Five Eyes – US, UK, Canada, Australia, and New Zealand — alliance, the G7 group of countries, and the European Union, all condemned the legislative elections as undemocratic, with the Five Eyes alliance saying that the new rules “eliminated any meaningful political opposition.”

Hong Kong’s last British governor, Lord Patten, also condemned the recent elections. “We have to ask what they thought was the point of an election when they are locking up pro-democracy activists, including anybody who doesn’t accept the instructions of the Chinese Communist Party are the order of the day,” He told The Telegraph.