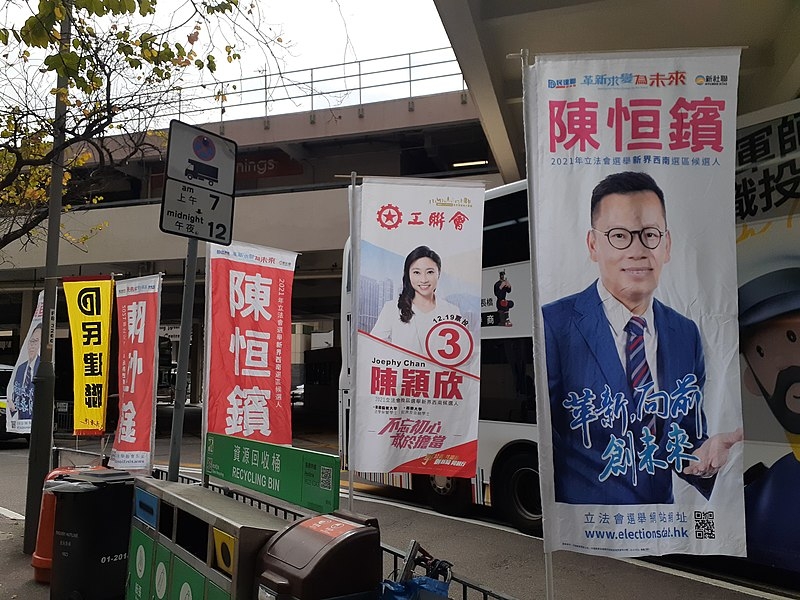 Reuters reports that voter turnout for Hong Kong’s legislative elections went down a record low, giving a guaranteed victory for pro-establishment and pro-China candidates. The turnout went down to 30.2 percent, half of the record in a previous poll in 2016. The low turnout was seen as a rebuke to China following its crackdown on the city’s freedoms in 2020, further asserting changes that brought the city under its authoritarian control.

Hong Kong leader Carrie Lam said during a news conference Monday that the turnout was low but did not disclose the reasons. Lam said that the election was not supported enough by citizens. Starry Lee, who leads the pro-China Democratic Alliance for the Betterment and Progress of Hong Kong said that the overhauled electoral process in Hong Kong would improve governance and that it would take time for citizens to adapt to the new system.

The overhauled process in which only voters that have been vetted as pro-Beijing or “patriots” could cast their votes, has resulted in a lot of backlash from local and foreign governments. Most of the dozen candidates who ran as moderates appeared to surrender to their pro-Beijing rivals.

The foreign ministers of the G7 group of countries have criticized the recent elections, calling the process undemocratic in a joint statement. They cited that the changes Beijing made to Hong Kong’s electoral system undermines the “One country, two systems” principle that applies to Hong Kong.

“We strongly reiterate our call on China to act in accordance with the Sino-British Joint Declaration and all its other legal obligations and respect fundamental rights and freedoms in Hong Kong, as provided for in the Basic Law. We also call on China and the Hong Kong authorities to restore confidence in Hong Kong’s political institutions and end the unwarranted oppression of those who promote democratic values and the defense of rights and freedoms,” said the group.