Fake Starbucks opens in Venezuela, and people line up for hours 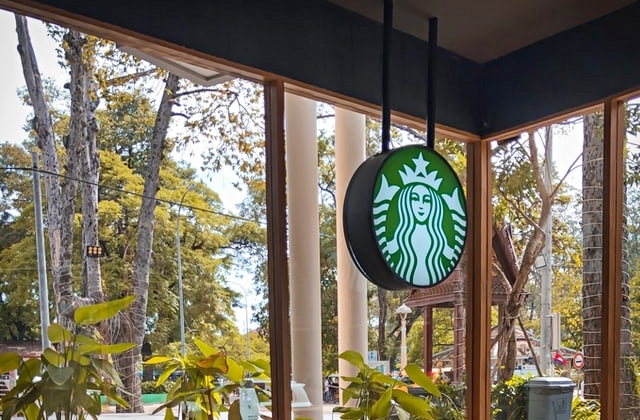 Starbucks has recently opened an outlet store in Venezuela, and it was a supermarket owner who set it up. The location of the store is a poverty-stricken area, so residents really lined up for hours to get a taste of coffee blends created by the famous American coffee house brand.

However, it turned out that this particular outlet in Venezuela is fake, which means it was not authorized by Starbucks to operate. The store uses the same logo as Starbucks, so the residents are quite convinced.

According to The Daily Mail, it was Jorge Nieves, a supermarket owner, who opened the fake Starbucks. He found some extra space on the second floor of his Caracas-based e-commerce site called Yeet. And as he is looking for ways to improve the shopping experience of customers, the idea of putting up Starbucks came up.

The coffee chain has no outlet in the country, so seeing the Starbucks logo in Caracas really caused a commotion among the residents. But as mentioned earlier, this is a bogus coffee house that is brave enough to even put up the exact same Starbucks emblem on the store.

The report stated that it is not clear if Nieves will be taken to court for infringing the company's trademark. In most countries, this is a serious offense, especially if it is a major brand that has been infringed.

Customers have created a long line outside of the phoney Starbucks store that is also selling the brand's well-known beverages for $3 to $7 each. People were said to be waiting for at least an hour just to buy one of the drinks.

Nestlé Venezuela is said to have been authorized by Starbucks to sell its products, but it clarified that the newly-opened shop in Caracas is not in any way affiliated with it or the Seattle-headquartered coffee chain.

El Pais reported that Nestlé Venezuela and Starbucks US released statements where they said they are not connected to the new coffee shop in Caracas and reiterated that its "We Proudly Serve" Starbucks coffee program does not operate in Venezuela. This slogan is also prominently displayed on the bogus cafe, which makes it look like a real Starbucks outlet.

Nestlé Venezuela issued an official statement regarding the new store and said, "In light of recent mentions of Nestlé Venezuela's alleged relationship with the opening of a beverage store that uses the STARBUCKS coffee brand, the company informs the general public that Nestlé Venezuela has not been contacted or involved in the marketing of these products in the country."