Hotel Lotte is acquiring Kimpton Hotel Monaco Chicago in the US 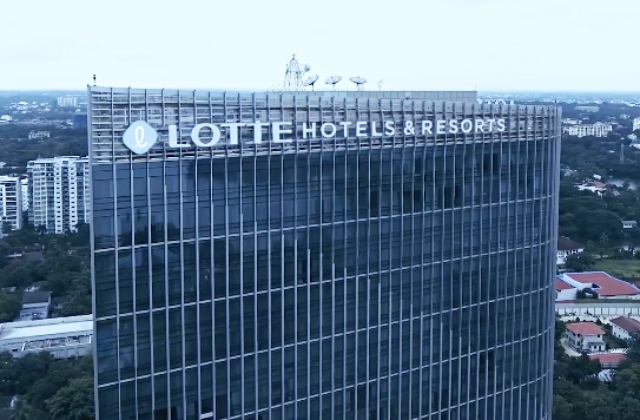 Photo by: Hotel Lotte and Resorts/YouTube

Hotel Lotte, the luxury hotel unit of the Lotte Group, a South Korean retail company, is buying the Kimpton Hotel Chicago, a 4-star hotel in the U.S., to expand its hotel network in America. It also seeks to acquire this property to boost its global profile in its IPO scheme.

According to Pulse News, various sources inside the retail industry said that Hotel Lotte has been taking steps to complete its purchase of the said luxury hotel located in downtown Chicago. The Korean luxury hotel chain company is aiming to finalize the deal by January.

The Kimpton Hotel Monaco Chicago is a boutique hotel that was built in the midst of the shopping districts of State Street and Michigan Avenue. It has 190 rooms and boasts of a waterfront as it is facing the Chicago River and is sitting right at the center of Chicago's stunning skyline.

At any rate, this will be Hotel Lotte's latest move after its expansion in the U.S. has been halted due to the COVID-19 pandemic. It has already acquired some of the well-known hotels in the country, including the 909-room New York Palace in Manhattan that has been renamed as Lotte New York Palace. The Korean firm purchased this in 2015.

Hotel Lotte also bought other hotel properties in the region to expand its portfolio of luxury hotels overseas. It acquired a hotel in Seattle in 2019, and it has been operating since September under the Lotte Hotel Seattle banner.

By having Kimpton Hotel Monaco Chicago in its list of properties, Hotel Lotte will now be managing four hotels in the United States, including one located in Guam. Overall, the company has 12 hotels and resorts overseas as it also manages one in Vietnam, Russia, Moscow, and Vietnam aside from those mentioned in New York and Guam.

The Kimpton Hotel Monaco Chicago has been up for sale for some time, and it was only this month when its buyer was unveiled and it turned out to be Hotel Lotte. As per the report, it is likely that Lotte Hotels & Resorts will also rebrand its newly-acquired 191-room hotel as it has always done with its previous purchases.

Finally, it was added that the Kimpton Hotel is one of the hotels that Hotel Lotte is planning to re-launch under its management in the next five years.