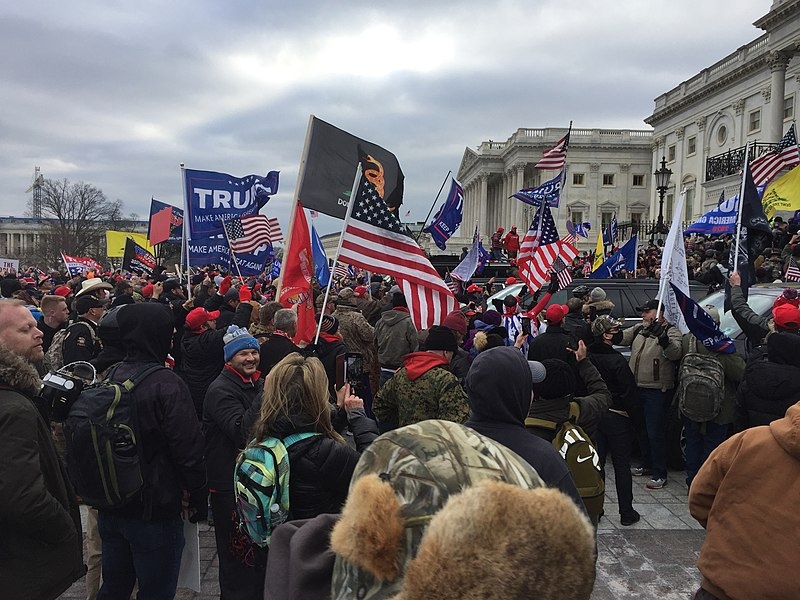 The long-ranging investigation of the January 6 insurrection at the Capitol continues with more evidence surfacing that revealed how deep the conspiracy went. This week, another piece of important evidence surfaced as an email showed the Secret Service already warning the Capitol Police of possible pro-Trump violence the day before the insurrection.

Politico published an email Wednesday that was reportedly from a Secret Service official dated January 5, the day before the Capitol insurrection. While the name of the sender and the recipients have been redacted, the email revealed that the Secret Service had already warned members of the Capitol Police the day before the riots regarding possible violence by supporters of disgraced former President Donald Trump. The email said that one concerned citizen reported someone who was flying to Washington to attend the Trump rally and “incite violence.”

The email went on to say that the source reported that the person in question was already making threats against Joe Biden, who was the president-elect at the time. They added that the source said that the person was going to DC “with gear and weapons, to include ballistic helmets, armored gloves and vests, rifles, and suppressors. The subjects claimed that they are in the area to protest election fraud, support President Trump, and acknowledged the possibility of violence if approached by counter-protesters.”

The email also disclosed a screenshot of the person making said threats. Politico added that the threat to the officers turned out to be larger than what the Secret Service’s email had indicated.

Meanwhile, legal experts explained Trump’s recent attempt to invoke executive privilege regarding the insurrection following the subpoenas placed upon him, most of his adult children, and members of his administration. Trump threatened to invoke his power as the president even if he is no longer in office.

Back in July, both Politico and New York Times reported that the DOJ had informed Trump administration witnesses that the agency will not endorse assertions of executive privilege. The DOJ also advised witnesses in the other cases that they are allowed to give “unrestricted testimony” that at the time, revealed that the former president tried to manipulate the DOJ to overturn the 2020 elections.