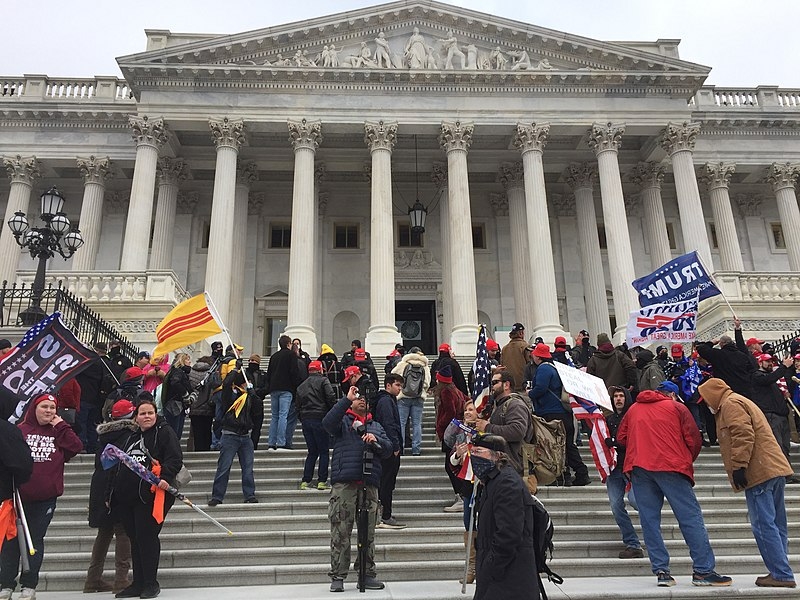 Dozens of insurrectionists are waiting to be tried and sentenced for their participation in the insurrection at the Capitol last January 6. However, one insurrectionist’s court hearing was abruptly canceled following video evidence that surfaced of their involvement.

Insurrectionist Robert Reeder was already expected to appear in court Wednesday when the hearing was canceled at the last minute. The abrupt cancellation came as new video footage surfaced showing Reeder’s involvement in assaulting a police officer. From the insurrection, dozens of police officers that defended the Capitol at the time were left severely injured and five people were killed.

BuzzFeed reported that Reeder pleaded guilty to a misdemeanor charge of parading, picketing, and demonstrating at the Capitol back in June. The charge would only result in a low-level punishment. The report went on to say that Reeder was set to request the judge for no jail time for his actions.

However, the online group of activists Sedition Hunters who have been spending months since the riots tracking and identifying the rioters, found Reeder attacking law enforcement officials in a video. The video featured a man with his arm out at a police officer wearing the same clothes that Reeder was pictured on that day.

“We are extremely good at what we do, our small group has spent thousands of hours on research. Yet only 4 hours before a court hearing for a plea deal for Robert Reeder do we find the assault. This truly is a massive undertaking! Did we make it in time? #WeHope” tweeted the group in the post that included the video.

Assistant US Attorney Josh Rothstein confirmed that the government was now made aware of the new video evidence earlier and notified the court along with Reeder’s attorney, according to BuzzFeed.

From one insurrectionist to another, the feds have arrested Ronald Colton McAbee, a deputy sheriff of Williamson County for his involvement in the Capitol insurrection. McAbee was arrested on August 17 after the FBI received a tip identifying him as the man in body-cam footage who tried to fight a DC Metropolitan police officer.

McAbee was supposedly on medical leave when he joined the pro-Trump mob in breaking into the Capitol on that day.