Capitol insurrection: Congress may be forced to release security footage from riots 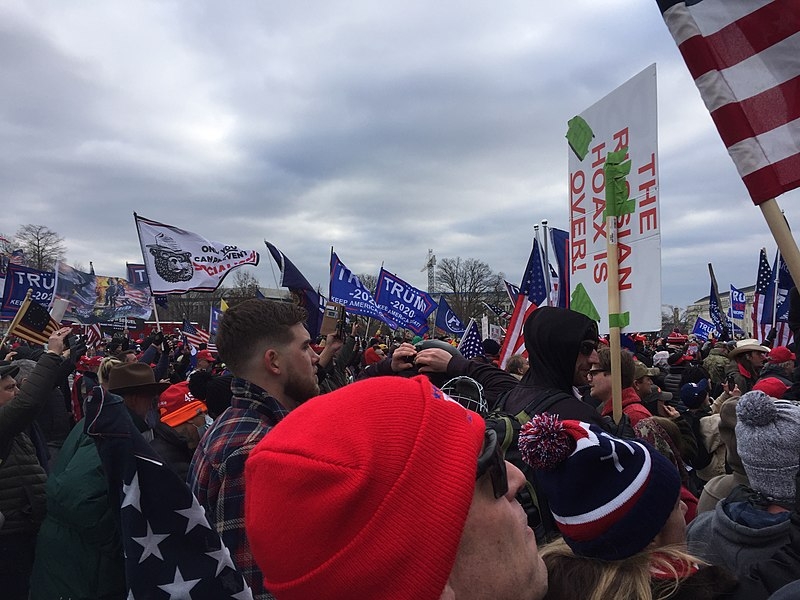 The wide-ranging investigation into the January 6 insurrection at the Capitol continues as more revelations surface. A lawsuit filed against Congress may result in the release of records of security camera footage from the Capitol.

Politico reports that a lawsuit filed by public interest law firm National Security Counselors on behalf of freelance journalist Shawn Musgrave may force Congress to release a trove of security camera footage from the Capitol riots. The insurrection by supporters of disgraced former President Donald Trump to derail the certification of Joe Biden’s election victory resulted in dozens of police officers injured and five people dead. The suit, according to the outlet, could potentially set a precedent regarding the kinds of information that Congress must make public.

“The public’s right to know what its government has been up to has been around as long as our nation, but until recently that right has generally only been exercised against the executive and judicial branches,” said Musgrave’s attorney Kel McClanahan. “This doesn’t change the fact that there are numerous public records being currently withheld by the legislative branch that should be widely available especially now that some of the failings on 1 / 6 can be fairly traced back to the lack of transparency and oversight.”

Back in June, Judge Karen LeCraft Henderson said that House and Senate records may sometimes be subject to the “common law right” of public access. The conservative watchdog Judicial Watch also filed a lawsuit seeking copies of the subpoenas from the House Intelligence Committee during the first impeachment trial of Trump.

Meanwhile, Capitol riot defendant, insurrectionist Robert Reeder’s court hearing was called off at the last minute as video evidence has surfaced showing his actions last January 6. BuzzFeed reported that back in June, Reeder pleaded guilty to a misdemeanor charge of “parading, demonstrating, and picketing the Capitol,” which would lead to a light punishment. Reeder was also set to argue to avoid getting jail time.

However, the group of online activists, Sedition Hunters, found a video of Reeder attacking Capitol Police officers during the insurrections. Their post showed a man in the same clothing as Reeder on that day, with his arm out and making contact with an officer.