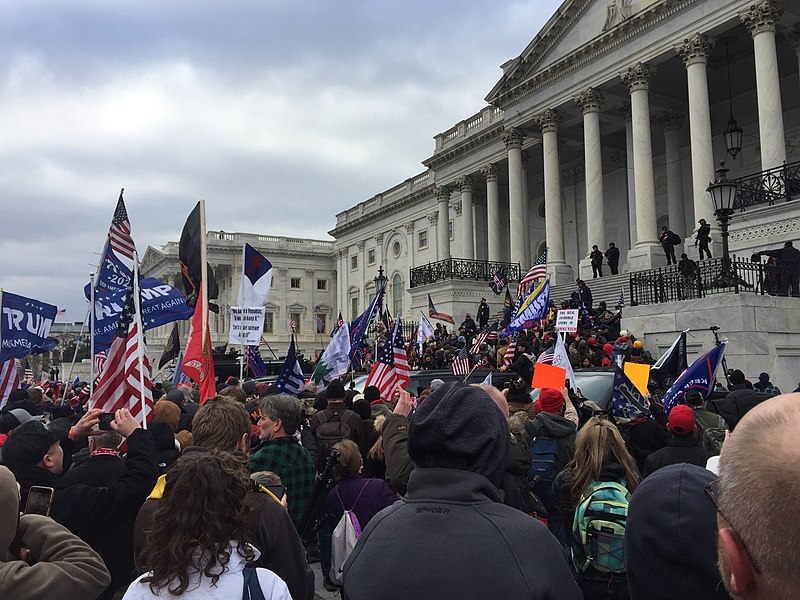 The investigation into the insurrection last January 6 at the Capitol continues, as right-wing figures have criticized the actions of an unidentified police officer who shot pro-Trump insurrectionist Ashlii Babbitt. An internal probe into the incident was announced to have exonerated the officer.

NBC News reports that a police memo revealed that an internal investigation was carried out regarding the shooting of Babbitt by a police officer that responded to the riots last January. The investigation resulted in the officer’s exoneration that comes months after the Justice Department said it would not press charges on the said officer.

“As members of the mob continued to strike the glass doors, Ms. Babbitt attempted to climb through one of the doors where the glass was broken out,” the Justice Department reported at the time. “An officer inside the Speaker’s Lobby fired one round from his service pistol, striking Ms. Babbitt in the left shoulder, causing her to fall back from the doorway and onto the floor.”

A mob of insurrectionists supporting disgraced former President Donald Trump stormed the Capitol last January ahead of Joe Biden’s inauguration. The mob sought to stop the certification of Biden’s victory over Trump, while also targeting top Democrats in Congress including then-vice president Mike Pence. Five people, including Babbitt and police officer Brian Sicknick, were killed from the riots, and dozens of police officers were left severely injured.

Trump and his allies on the right have also been trying to paint Babbitt as a martyr. Hours prior to the insurrection, Trump held a rally protesting against the results of the election. The refusal of the now-former president to accept his defeat also led to peddling the false claims of election or voter fraud being the cause of his loss to Biden.

Meanwhile, BuzzFeed reported over the weekend that judges and prosecutors are not taking kindly to the claims by Republican lawmakers that the January 6 insurrectionists were “tourists.” Georgia GOP Rep. Andrew Clyde was among those lawmakers who compared the insurrection as a “normal tourist visit” despite video footage of the lawmaker helping bar the doors of the chamber.