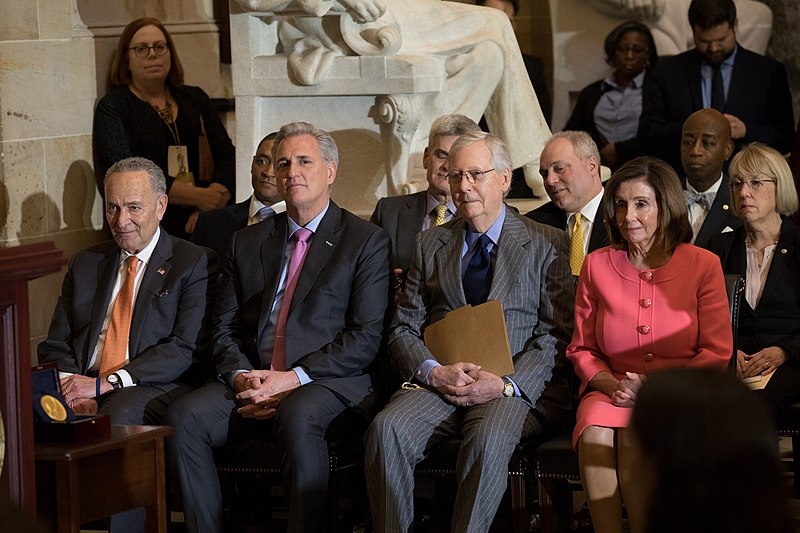 Florida Republican Congressman Matt Gaetz is currently facing allegations of having a sexual relationship with a minor.

House Speaker Nancy Pelosi has recently weighed in on the controversy surrounding Gaetz, saying that the Florida Republican should be removed from the House Judiciary Committee should the allegations be proven.

Speaking to the press Thursday, Pelosi was asked for comment on the accusations made towards Gaetz and what she thinks should be done. The House Speaker said that the allegations should be taken into consideration by the House Ethics Committee and that if the committee has proven the claims to be true, Gaetz must be removed from the House Judiciary Committee.

“If in fact, these allegations are true, of course being removed from the Judiciary Committee is the least that could be done,” said Pelosi. “From what we’ve heard so far, this would be a matter for the Ethics Committee.”

To note, the House Ethics Committee is made up of five members of both parties. The Committee may recommend punishments that range from a reprimand, a formal rebuke, or expulsion, the latter being a rare decision as the lawmakers involved would often resign first. The decision would then be at the approval of the entire House, with a two-thirds majority needing to vote for expulsion should that be the recommended decision.

The House Speaker’s comments come two months after the House, on a mostly-party line vote, voted to strip Georgia Congresswoman Marjorie Taylor-Greene of both her committees. This was in response to Greene’s history of spreading threats and false conspiracy theories on social media. The Justice Department is also looking into the accusations against Gaetz and seeing if the Florida Congressman had relationships with other underage girls, thus violating federal sex trafficking laws.

Meanwhile, Pelosi also said that she hopes Democrats could ease the current cap on state and local tax deductions as part of the bigger infrastructure package. This comes as some House Democrats from New York and New Jersey have opposed backing other tax changes unless the state and local tax cap is repealed. Republicans placed a $10,000 limit on tax deductions in their 2017 tax law, which negatively affected New York, New Jersey, and California.

“I’m sympathetic to their position,” said Pelosi. “Hopefully, we can get it into the bill.”