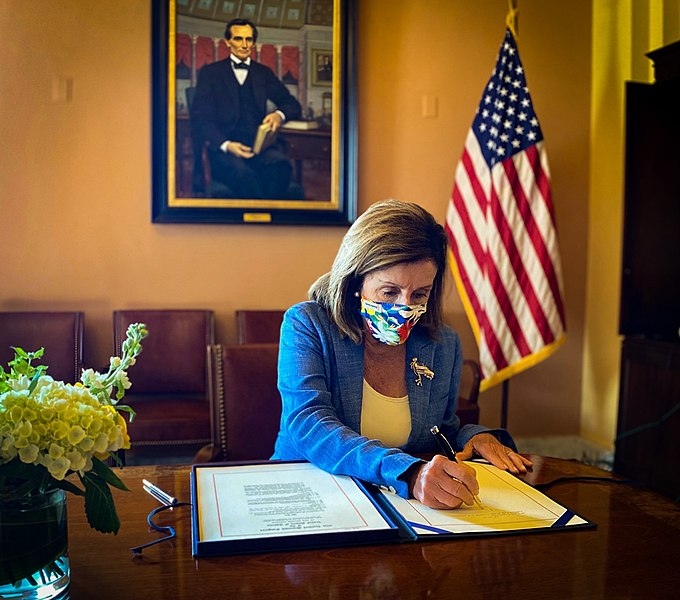 California Governor Gavin Newsom is currently facing calls to resign and a recall effort made against him following his response to the COVID-19 pandemic in the state. In an attempt at maintaining a united Democratic party, House Speaker Nancy Pelosi has warned California Democrats against running in the gubernatorial special elections.

This week, Pelosi warned California Democrats against running in what is likely a special gubernatorial recall election. The House Speaker’s comments are in lockstep with Newsom in his efforts to maintain party unity as a special recall election appears more likely to happen in the state. Newsom’s team has been ramping up efforts early on to prevent any internal conflicts in the Democratic party.

“I think it’s an unnecessary notion,” said the House Speaker. “I don’t think it even rises the level of an idea,”

“I think the governor will beat this quite decisively, and we’ll all help him do that,” added Pelosi, who also echoed Newsom’s counterpoint that the recall effort is being elevated by pro-Trump Republicans and extremists, while predicting that Newsom will win a second term as governor in 2022.

The recall effort would be posing two questions to the state’s voters as to whether Newsom should be recalled and who should replace him. Should Newsom gain a majority on the first scenario, then there would not be any need for any candidate. However, should Newsom be recalled and there is no Democratic candidate taking his place, then a Republican could become the new governor with the votes.

Pelosi was also pressed by the media regarding the race in Iowa. The House Speaker reportedly downplayed the concerns expressed by Centrist Democrats as they have warned party leaders against possibly overturning the election results of a House seat in the state. This is because the House Administration Committee is currently considering a contention from Democrat Rita Hart, who is contesting the election results in the second district of the state after it certified Republican Mariannette Miller-Meeks’ victory by six votes.

Pelosi said that the House has the authority to determine contested elections especially with the results like in Iowa’s 2nd district while challenging the Democrats who were critical of the contention. “I would say to them, if you lost by six votes, would you like to bring your case before that?” said the House Speaker.