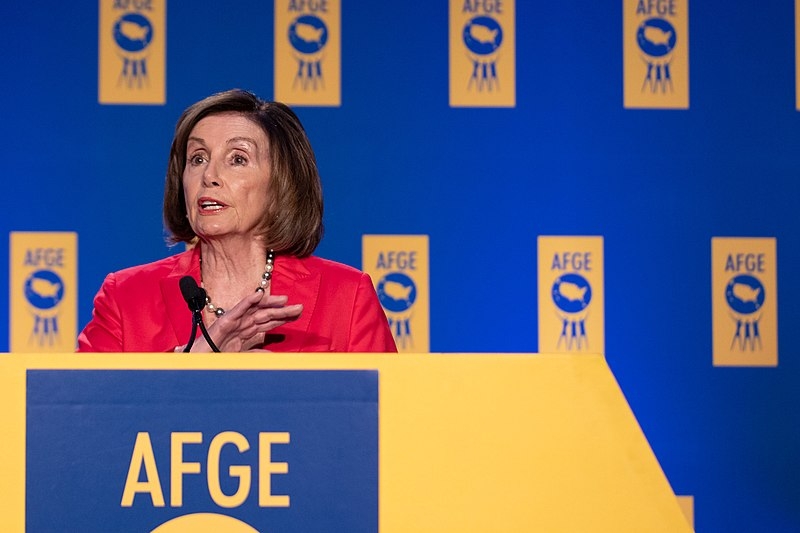 House Speaker Nancy Pelosi is already facing some internal conflicts within the Democratic Party and recently, she is also facing criticism from House Republicans. Several GOP members of Congress are accusing Pelosi of “stealing” a House seat following a contention by a House Democrat.

Pelosi was criticized by House Republicans for allowing a Democratic-chaired committee to consider an Iowa Democrat’s challenge to her election loss. Iowa Democrat Rita Hart contested the results of the state’s 2nd District, where she lost to Republican Mariannette Meeks-Miller by only six votes. Hart claimed that her loss was due to 22 uncounted yet legally cast ballots. Her claim is under review by the House Administration Committee. It should be noted that many of the Republicans accusing Pelosi of trying to “steal” a House seat objected to Joe Biden’s election win.

House GOP leader Kevin McCarthy penned a letter to Pelosi on Monday, urging the House Speaker to dismiss the case made by Hart against Meeks-Miller. McCarthy noted that while Congress has the authority to adjudicate its elections as stated by the US Constitution, the challenge was “unprecedented” and “antithetical democracy” and casting the move as an attempt to overturn the election victory of a representative solely because the Democratic party holds the House majority. McCarthy is among the House Republicans who objected to Biden’s election victory.

Such action by Congress has already been done before. Back in 1984, Congress intervened in a House election in Indiana. Democrat Frank McClosky was seated by Congress through party lines despite Republican Richard McIntyre was certified as the winner.

Recently, Pelosi announced her appointment of Major General William J. Walker to become the House Sergeant-at-Arms. Walker is the head of the DC National Guard and was appointed by Trump back in 2018. Should Walker be confirmed by the House, he would become the first Black American to take on the role. Pelosi cited the events of January 6, where a pro-Trump mob stormed the Capitol in an effort to overturn election certification of Biden’s election win in her statement.

“His experience will be an important asset to the House, particularly in light of the January 6 insurrection. It is essential that we work to strengthen our institution and keep our Capitol community, and all who visit, safe.”