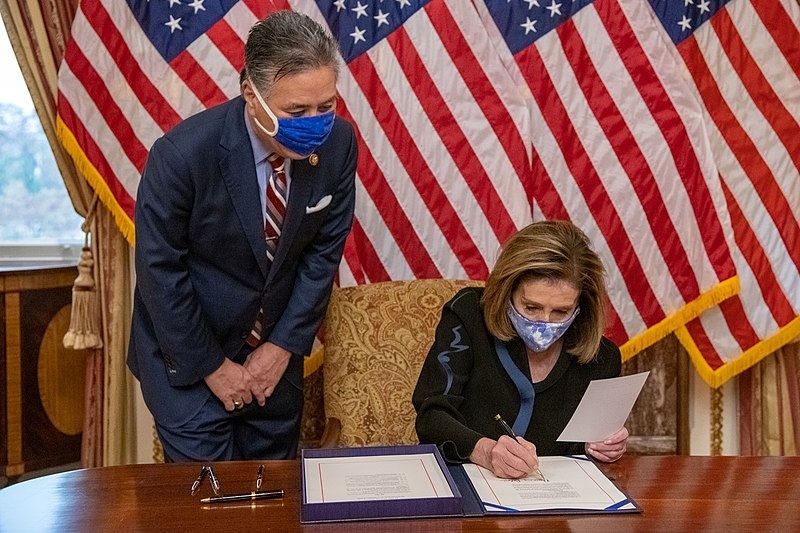 After the success of passing the $1.9 trillion American Rescue Plan, Democrats are now seeking to pass another package that focuses on infrastructure. House Speaker Nancy Pelosi announced that drug pricing would be included in the upcoming package.

Speaking at an event hosted by the Democratic group Protect Our Care, Pelosi said that lawmakers are currently discussing whether or not to include legislation that would lower prescription drug prices as part of the upcoming infrastructure-centered package. The measure, also known as HR3 or the Elijah Cummings Lower Drug Costs Now legislation, would allow the Health and Human Services Secretary to negotiate lower drug prices, and cap prices for drugs based on the pricing of other countries. Aside from being a priority among Congressional Democrats, the legislation would also be cost-effective, saving $450 billion according to the Congressional Budget Office.

“One of the considerations that members are discussing is whether we have aspects of HR3, the Elijah Cummings Lower Drug Costs Now legislation,” said Pelosi. “If we were able to do that, we could save almost half a trillion dollars.”

Democrats are prepared to pass the legislation with the use of budget resolution to override a Republican filibuster. However, there are also talks on whether or not the infrastructure-centered package could be a bipartisan effort. Republicans have staunchly opposed the drug pricing legislation, saying that it would affect the innovation that would bring in new treatments. Pharmaceutical companies are also likely to strongly oppose the legislation.

Pelosi also expressed wanting a public option when it came to the subject of Medicare. The House Speaker said that there are ongoing discussions regarding lowering the age eligibility.

Previously, Pelosi said last week that top House Democrats are not going to support the effort to expel Republican Congresswoman Marjorie Taylor Greene over her previous endorsements of violence. The resolution was introduced by California Congressman Jimmy Gomez and has 72 sponsors. However, to effectively implement expulsion, the resolution would require a two-thirds supermajority in the House.

Pelosi told the press that while Gomez is free to introduce the resolution, he should not expect the support of Democratic leadership. 11 House Republicans joined the Democrats in stripping Greene of her committee assignments last month.