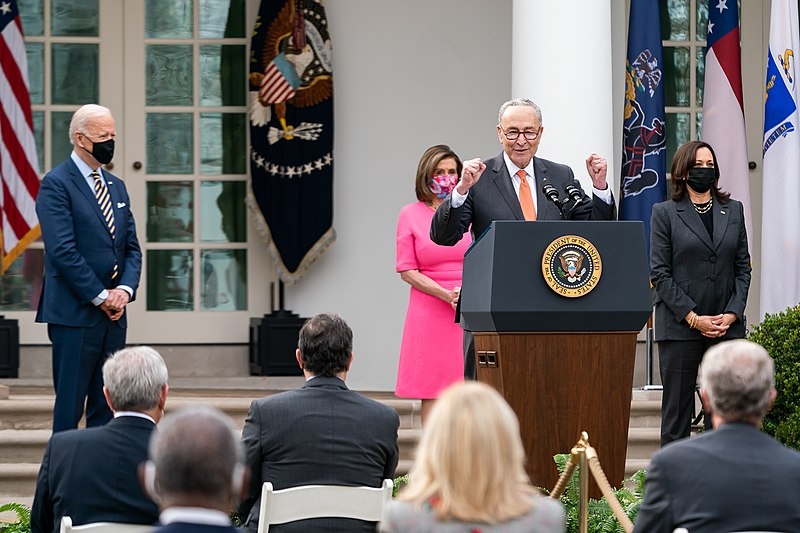 In a swipe to Pelosi and Schumer, McConnell demanded that the Democratic leadership unlink the bipartisan infrastructure proposal from a Democratic-only bill. McConnell’s comments follow Biden’s walk-back of his previous statement that he would not sign the bipartisan deal if it was the only proposal that arrived at his desk. Biden clarified by saying that it was not intended to be a veto threat.

McConnell cited that Biden’s remarks would be a hollow gesture if a similar de-linking of the two parts of the bill by Congressional Democrats’ was not done. McConnell’s comments have since been echoed by many Republicans in Washington, looking to pressure Democrats on their infrastructure strategy.

“Unless Leader Schumer and Speaker Pelosi walk back their threats that they will refuse to send the president a bipartisan infrastructure bill unless they also separately pass trillions of dollars for unrelated tax hikes, wasteful spending, and Green New Deal socialism, then President Biden’s walk-back of his veto threat would be a hollow gesture,” said the Senate Republican leader in the statement. “The President cannot let Congressional Democrats hold a bipartisan bill hostage over a separate and partisan process.”

Meanwhile, following the obstruction of Senate Republicans in forming a bipartisan January 6 commission, Pelosi has now introduced a resolution for a select committee to investigate the insurrection. The resolution is expected to receive a vote this week.

The resolution states that the committee would have 13 members, eight of which will be appointed by Pelosi, and five members would be chosen in consultation with House Republican Leader Kevin McCarthy. Pelosi has yet to reveal who she plans to appoint in the committee, one aide told CNN that the California Democrat is considering choosing a Republican Rep. as one of her eight appointees.

The select committee would be led by the House Democrats and will have subpoena authority as well as not having a set deadline to finish its probe.