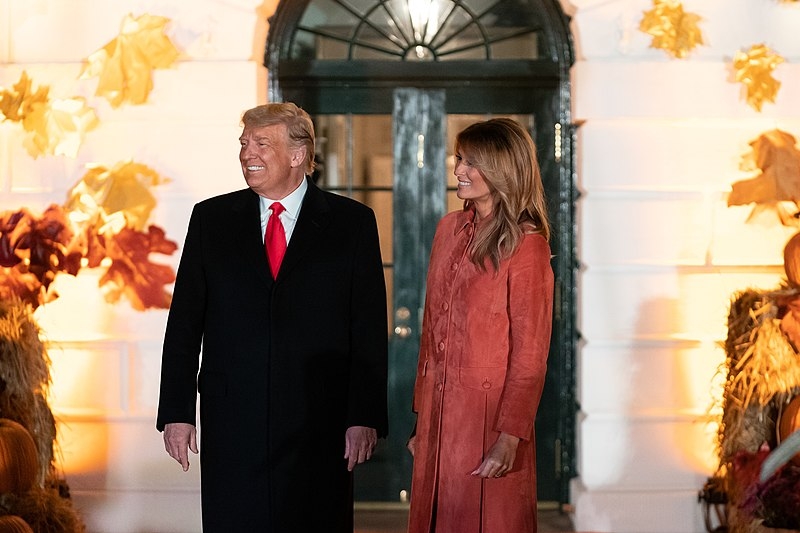 The marriage of former first lady Melania Trump to former President Donald Trump has been widely speculated due to their apparent lack of public displays of affection. A relationship expert claimed that Mrs. Trump has realized that her husband may not be good for her.

Speaking for the Daily Star, relationship expert and life coach John Kenny claimed that the former first lady may have now realized that her husband may not be good for her, which would lead to her struggle with containing her emotions.

Mr. Kenny added that Mrs. Trump’s actual feelings toward her husband would often come out through her behavior towards him and her body language, her actions suggesting that she is not happy in their marriage. The expert’s claim echoes that of former aides saying that the former first lady is waiting until the day she can divorce the former president.

“She may realize that she has chosen to be with someone who isn’t good for her, as her actions dictate, that even in public she finds it hard not to show her emotions. This comes out in her body language and behavior,” said Mr. Kenny.

Mr. Kenny also noted that the former first lady’s pushback against the widespread rumors of divorce may have also proven to be a struggle as she is confronted with people exposing how she really feels. Mr. Kenny’s remark references the response Mrs. Trump’s post-White House office sent towards reports that the couple may be divorcing, blasting the media for its “unhealthy obsession” with her.

Previously, the former first lady made a special shout-out to her son Barron Trump on Twitter to mark his 15th birthday. Mrs. Trump tweeted an image of black balloons spelling out her son’s age, writing “Happy Birthday BWT,” short for Barron William Trump.

Mrs. Trump’s followers and supporters also joined in wishing the former first son well, other users on social media questioned the photo the former first lady chose. One user commented that Melania could have chosen a brighter, more cheerful photo for her son’s birthday, describing the photo that was posted as “morbid.”

Another user commented with their birthday greeting but added that the use of black balloons for a birthday is “rather odd.”