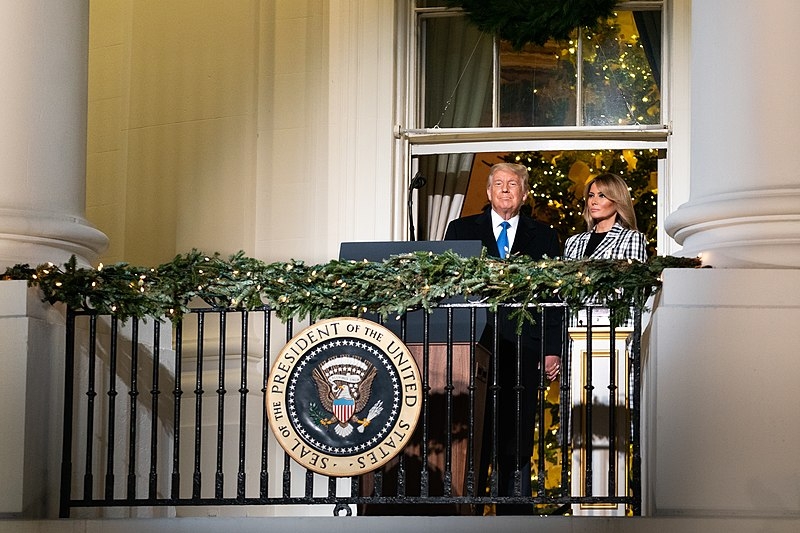 Former first lady Melania Trump is known to have previously been a fashion model before she met Donald Trump. However, a pastor in Missouri sparked outrage for his sermon, saying that wives should aspire to be like the former first lady when it comes to maintaining the attention of their husbands.

Pastor Stewart-Allen Clark from the Malden First Baptist Church in Missouri preached a sermon that many dubbed as sexist and misogynistic. Clark said that wives should be maintaining their figures or even losing weight in order to maintain their husbands’ attention. Clark even cited Mrs. Trump as an example of what the wives should aspire to look like. The pastor also went on to say that a husband has to have a beautiful wife which is something the congregation should understand.

“Now look, I’m not saying every woman can be the epic, epic trophy wife of all time like Melania Trump. I’m not saying that at all,” said Clark. “Most women can’t be trophy wives, but you know, maybe you’re a participation trophy. I don’t know, but all I can say is not everybody looks like that. Amen! Not everybody looks like that. But you don’t need to look like a butch either.”

A video of the sermon was shared to Facebook, gaining 3000 comments with many criticizing the sermon as offensive and inappropriate. As a result of the backlash, General Baptist Ministries responded to the criticism, noting that Clark has stepped down from his post as moderator for an upcoming meeting for the General Association of General Baptist and is currently on a leave of absence as he seeks professional counseling.

While Melania may have been out of the White House for more than a month now, the mark she left in the presidential residence was revealed in a report by the Washington Post. The piece by the news outlet revealed that the former first lady made a variety of refurbishments to the White House. Melania added a bronze statue by artist Isamu Noguchi in the East Room as well as new fabrics to the sun-damaged upholstery and walls of the Red Room.

The piece also noted that Melania oversaw the modernization of the sub-basement curatorial storage room and restored the historical wooden doors that have been slightly damaged by the presidential dogs over the years.