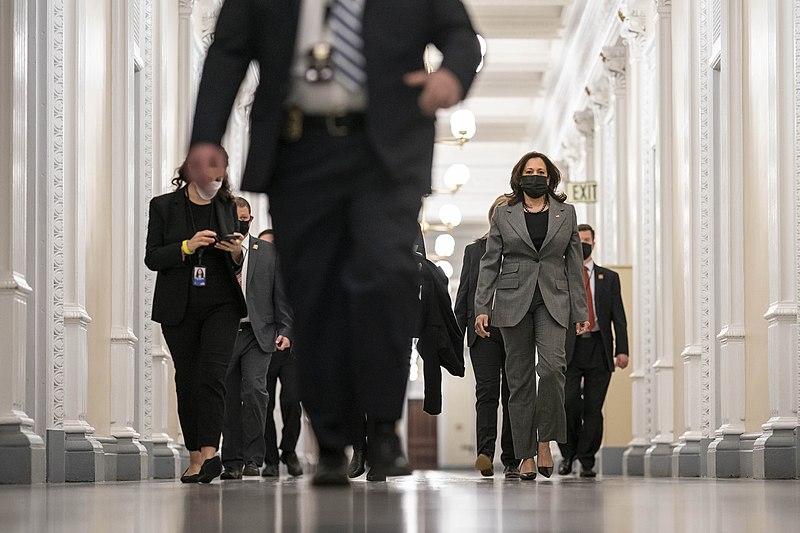 Speaking on CBS’ “This Morning,” Harris said that Congress must be expected to take action on passing legislation on gun control. The vice president did not directly answer when pressed on whether Joe Biden would take executive action into implementing gun control.

Biden is a strong supporter of gun control laws, supporting the ban on assault weapons. Two gun safety bills have already been passed by the Democratic-controlled House. However, the bills will face a challenge in the Senate under current rules as Republicans have opposed such legislation from advancing.

Harris also condemned the two shootings in Atlanta, Georgia, and in Boulder, Colorado. The shootings in an Asian spa in Atlanta killed eight people, six of whom were of Asian descent. The shooting at Boulder killed 10 people, among them a police officer who first responded to the scene. The Atlanta shooting sparked calls to condemn the violence and hate against the Asian American community. “We’re seeing tragedy after tragedy,” said the vice president, who is also the first South Asian to take on the role.

Harris and Biden visited Georgia to promote the American Rescue Plan and speak with leaders of the state’s AAPI community. Harris also said that she and Biden would be visiting the southern border, following the surge of migrants seeking to cross.

In other related news, Harris will be joining former President Bill Clinton this week for a talk on how the COVID-19 pandemic has affected women. The event is part of the 13th Annual Clinton Global Initiative University meeting and in partnership with Howard University, Harris’s alma mater. The event will also discuss topics such as restoring faith in democracy, environmental justice, recovery from COVID-19, as well as creating systemic change.