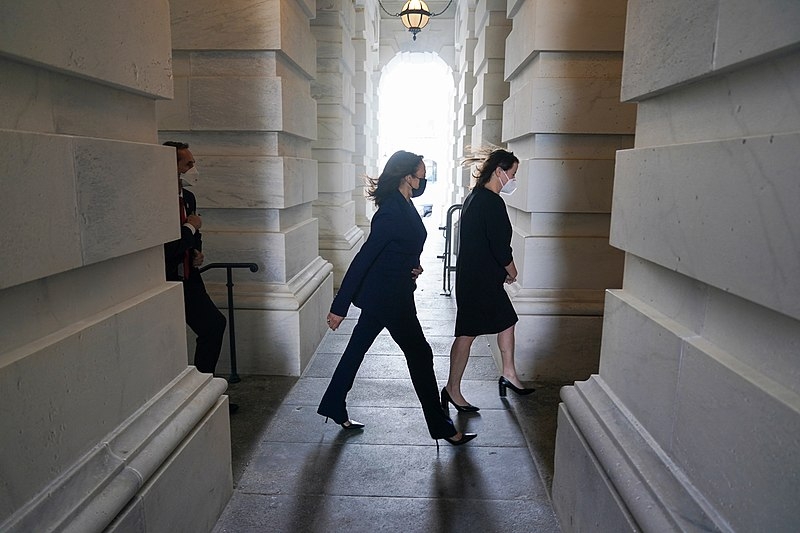 President Joe Biden and vice president Kamala Harris are currently hitting the road to promote the $1.9 trillion American Rescue Plan to Americans and highlight its benefits. This week, Harris visited Florida to promote the plan, highlighting food insecurity as one of the problems the plan would help alleviate.

The vice president took part in a roundtable discussion at Feeding Northeast Florida hosted by Florida Agriculture Commissioner Nikki Fried during her promotion of the $1.9 trillion COVID-19 relief plan in her visit to the state. The discussion was centered on how the sweeping plan’s food security measures as part of the country’s recovery from the pandemic. Harris noted that food insecurity was already a problem before the pandemic but had only worsened when the pandemic hit the country.

Harris added that $1 billion would be allocated from the plan to directly address food insecurity, increase SNAP benefits by $230 per month until the end of September, extend WIC benefits by $880 million as well as funding benefits for P-EBT - a program that would provide children with free lunches - until the end of the pandemic. Prior to the discussion with the local food bank, Harris also visited a federal vaccine facility to extend her gratitude to health workers administering the vaccines as well as people who are receiving the vaccines.

Although the main focus was to promote the American Rescue Plan, Harris’s trip to Florida is also strategic in purpose. Florida was a state that remained with Donald Trump during the elections, and its two Republican Senators have voted against the passage of the bill, which was done on party lines. No Republicans supported the plan.

In other news, Harris is among the honorees for the one-hour Lifetime special “Women Making History” on March 30. The special will include an interview with Harris, who will share the women who helped shape her life. The special will also include Harris’s work with Biden on the American Rescue Plan.

“For over 35 years, we’ve known the power of women at Lifetime and have championed their stories and their triumphs,” said A+E Networks Group Chairman Paul Buccieri. “Women Making History is a testament to the incredible strength and resiliency of women, who continue to hold up half the sky, and will continue to inspire change for our future.”