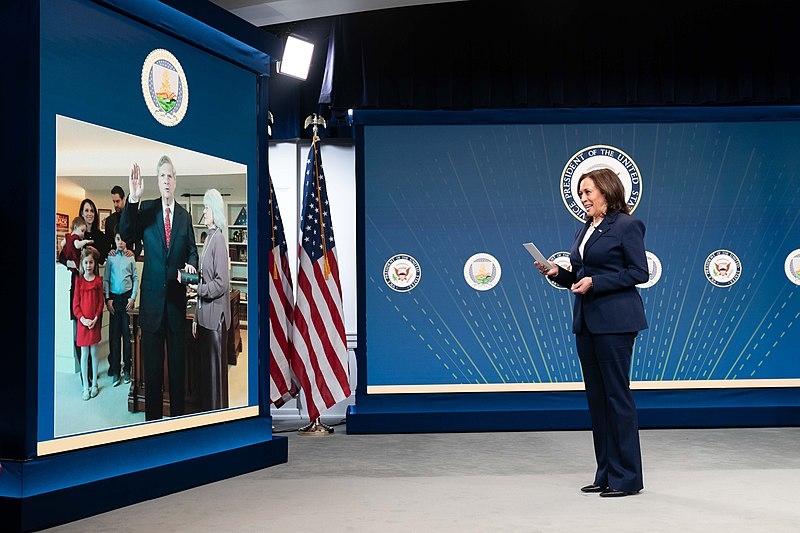 Especially since the pandemic began, violence and harassment against Asian Americans have been on the rise. Following the recent shootings in Atlanta, Vice President Kamala Harris spoke out against the violence that occurred, noting the ongoing harassment the Asian American community has faced.

In what may be her most formal remarks about the recent events this week, Harris condemned the violence that occurred in Atlanta, where a 21-year-old white male opened fire at spas in the area, killing eight people. Six of the victims were of Asian American descent with many now expressing concerns that this may have been racially motivated.

Harris, who is also the first South Asian woman to become the country’s vice president, pointed out the bigger issue of violence in the country. Harris declined to comment on the possible motive for the shooting.

“Our country, the President and I and all of us, we grieve for the loss,” said the vice president. “Our prayers are extended to the families of those who have been killed, and it speaks to a larger issue which is the issue of violence in our country and what we must do to never tolerate it and to always speak out against it,”

Prior to these remarks, Harris made a similar statement during the bilateral meeting with Irish officials in honor of St. Patrick’s Day. “I do want to say to our Asian American community that we stand with you and understand how this has frightened and shocked and outraged all people,” said Harris.

In other news, Harris made a playful swipe at her husband, second gentleman Doug Emhoff Thursday, when Emhoff shared his NCAA March Madness brackets on social media. In the men’s bracket, Emhoff chose Gonzaga for number one and Houston for number two, predicting that Gonzaga would win between the two schools. In the women’s bracket, Emhoff picked Stanford over Connecticut, both schools being in the number one seeds in the bracket.

“So you went with #1 seeds. I thought you were a fan of #2’s!” replied Harris, citing herself as the number two to President Joe Biden. Emhoff also goes by the second gentleman title.