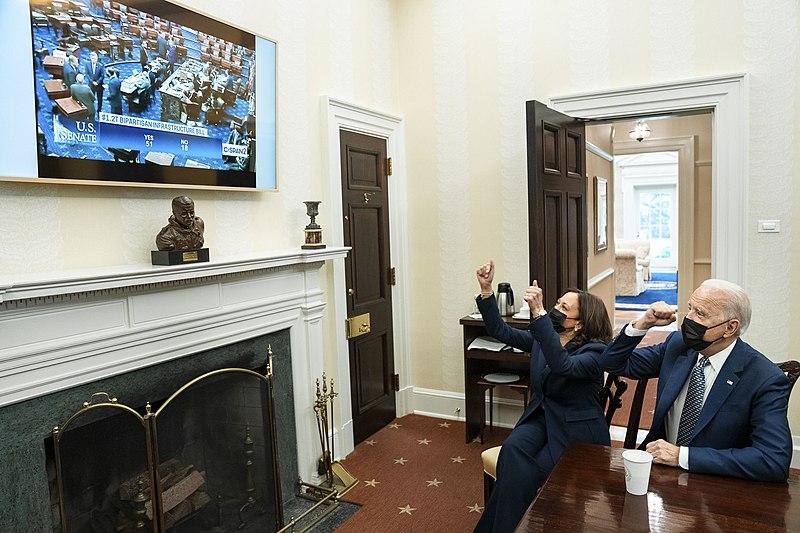 During Joe Biden’s campaign in 2020 as the Democratic nominee, there was a lot of speculation regarding possibly choosing then-Senator Kamala Harris as his running mate. Biden recently took to social media to celebrate one year since announcing Harris as his vice president.

Biden recalled Wednesday that it was exactly one year since he announced Harris as his running mate. Harris would be the third woman to get nominated on a major party ticket, after Sarah Palin and Geraldine Ferraro, while also being the first woman of color to be on a major party ticket. Harris would ultimately be the only woman of the three to succeed and become the first woman, first Black American, and first South Asian woman to get elected to the vice presidency.

“One year ago today, I made one of the most important decisions I’ve ever made: selecting my vice president. I couldn’t have asked for a better partner and friend on this journey. Thanks, @VP for all you do,” tweeted Biden.

Harris was among those who have been part of the growing speculation as to who Biden would choose to be his vice president in the 2020 elections. Prior to her selection, Harris also entered the bid for the presidency but later withdrew from the race.

In other news, Harris, this week, met with the CEOs of several companies to discuss affordable childcare for improving US competition. This was part of the administration’s efforts to shore up support for the Democratic-led $3.5 proposal that would make investments in healthcare, child care, climate change, and other priorities of the Biden administration. The vice president said that the executives showed that providing child care and paid leave actually increased productivity and helped in their recruiting efforts.

Among those companies present during the meeting were Microsoft, Etsy, Airbnb Inc., Gap Inc., Patagonia, Seventh Generation, and Chobani. All the companies invited, according to the White House, supported paid leave and child care policies. Almost two million women had to leave the workforce during the COVID-19 pandemic to care for their children and their elderly relatives, and many of the women have yet to return to work.