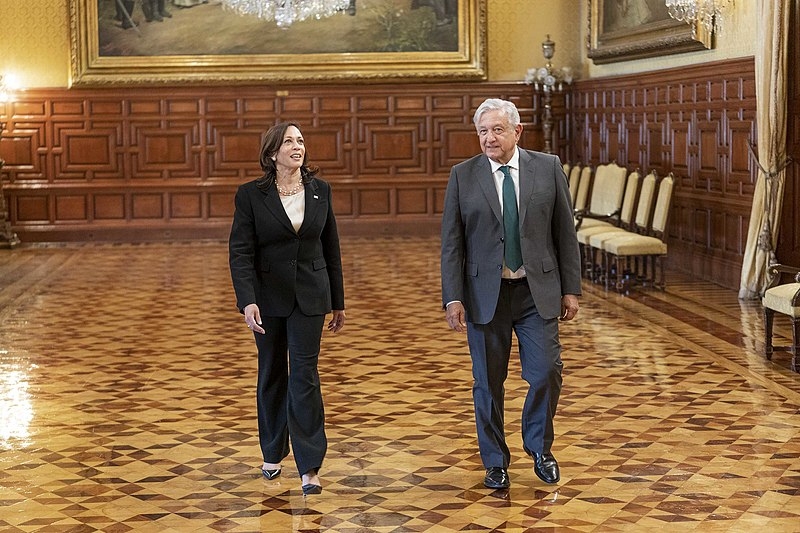 Office of the US Vice /President / Wikimedia Commons

Along with leading the Biden administration’s efforts in protecting voting rights as well as handling immigration, Vice President Kamala Harris is also promoting getting vaccinated against COVID-19. Harris set to take up the conversation with Mexican President Andres Manuel Lopez Obrador this week.

Reuters reported that Lopez Obrador announced that he will be speaking to Harris about the COVID-19 vaccines, as Washington continues to push getting vaccinated. The discussion comes as both countries are facing a surge in COVID-19 cases, most especially the Delta variant. Lopez Obrador also seemed to preview additional vaccine donations by the US in his remarks.

Lopez Obrador also thanked the US government for their previous vaccine donation of around 3.5 million doses. The Mexican leader added that the country should be expecting a shipment of 1.35 additional doses of the COVID-19 vaccine from the US. Lopez Obrador also commended the relations between the two countries under the Biden administration.

“There are commitments for us to have more vaccines provided by the United States government,” said Lopez Obrador.

Lopez Obrador’s upcoming call with Harris comes as she is leading the diplomatic efforts to address migration and immigration with Mexico and other Central American nations. This also follows the record numbers of migrants showing up at the southern border looking to cross to the US. Harris’s efforts would be to address the root causes of migration, which has so far been met with criticism from both Republicans and Democrats.

Harris has also been reaching out to other world leaders as she also spoke with the new Israeli President Isaac Herzog Monday. Harris called Herzog to congratulate him on his election to succeed Reuven Rivlin as the new leader of Israel. During the call, Harris and Herzog discussed the importance of strengthening the US’ relationship with Israel.

Harris assured Herzog of the Biden administration’s commitment to the security of Israel. While Herzog’s office made no mention of the Israel-Palestinian conflict that is currently ongoing, the readout from Harris’s office said that the vice president reiterated the US’ commitment to seeking a two-state solution for both Palestine and Israel.