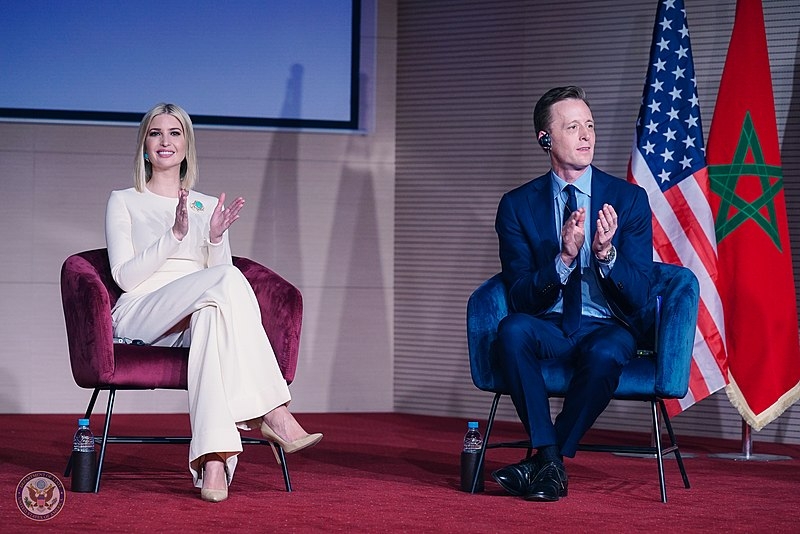 Recently, first daughter and White House adviser Ivanka Trump has come under fire for a few things this week. The latest mishap of which was her promoting Goya Foods on social media, which raised questions about ethics.

USA Today reports former director of the Office of Government Ethics Walter Shaub called Ivanka’s post as a violation of ethics. Shaub explained in a 12-tweet thread that because Ms. Trump usually uses her Twitter account to conduct official government business and her profile also includes her job description, the post is “a violation of the government’s misuse of position regulation.”

“Ms. Trump has had ethics training. She knows better. But she did it anyway because no one in this administration cares about government ethics,” tweeted Shaub. Shaub went on to cite an example of Counsel to the President Kellyanne Conway, who promoted Ivanka’s fashion line, earning her praise from Ivanka’s father, Donald Trump, who also defended Conway’s move to endorse the fashion line.

The rule that critics have often brought up in response to Ivanka’s post being that members of the executive branch of the government are not allowed to use their position to promote a product, brand, or service. Ivanka shared a photo of herself on Twitter holding up a can of Goya beans with the company’s slogan, “If it’s Goya, it has to be good” written on both English and Spanish.

The sudden promotion comes after the brand’s CEO Robert Unanue, who praised Donald Trump and his administration. Unanue also faced backlash from many consumers, who have now chosen to boycott the brand. Unanue said he would not apologize and said the attempt to boycott was “suppression of speech.”

Aside from coming under fire for promoting a brand, Ivanka’s new initiative called Find Something New was heavily criticized as well. Having launched this week, the initiative hopes to reach out to the millions of Americans who were forced into unemployment due to the pandemic. As the name of the initiative implies, it hopes to help Americans find new career paths throughout this time.

Democrat strategist Jamison Foster compared this ad to the popular phrase “Let them eat cake” by the French queen Marie Antoinette. “For example, let’s say you cannot afford meat and vegetables. You could simply #FindSomethingNew to eat, like cake,” tweeted Foster.