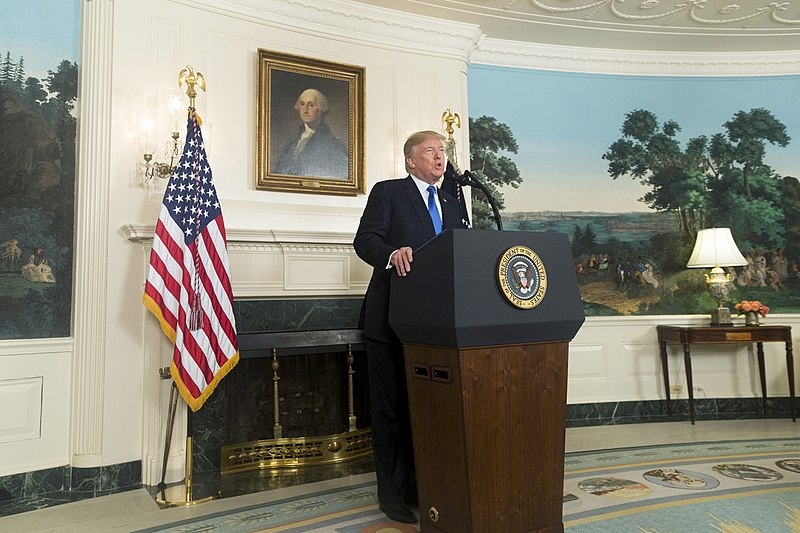 The US territory of Puerto Rico was devastated by Hurricane Maria back in 2017, leaving its citizens in need of support. Recently, a former official has revealed that Donald Trump has considered selling the territory following the calamity.

Speaking to the New York Times via Business Insider, former acting Homeland Security Secretary Elaine Duke revealed that Trump has suggested selling Puerto Rico after it was struck with the hurricane back in 2017. Duke, who served in the Trump administration for nearly a year, replacing John Kelly, who was appointed as Chief of Staff at the time. She recalled her reaction to Trump’s response towards the calamity that struck the US territory, where he suggested the possibility of selling or “divesting.”

“‘Can we outsource the electricity? Can we sell the island? You know, or divest of that asset?” Trump reportedly said.

Duke then shared that the idea of selling Puerto Rico was never discussed or mentioned further shortly after. Trump previously attacked the US territory on Twitter back in 2017, when San Juan mayor Carmen Yulin Cruz criticized the administration’s response to the hurricane’s aftermath. Critics have since accused Trump of delaying the release of the $17 billion relief funds for political reasons.

During her interview with the news outlet, Duke was highly critical of her former boss and recalled that he was paranoid of the so-called “deep state” and often resorted to divisive and hate-filled language.

Meanwhile, NBC News reports that the White House is looking to discredit Infectious Disease expert. Dr. Anthony Fauci, for his statements that contradict that of Trump’s. A White House official said over the weekend that several administration officials had raised concerns about “the number of times Dr. Fauci had been wrong on things,” and proceeded to list down previous comments that were reportedly inaccurate.

One of those comments was that Dr. Fauci described the pandemic as not a major threat or that he reportedly advised that Americans should not walk around in public wearing face masks. According to a tally made by NBC News, this is a political move made to deflect the administration’s failure in properly responding to the pandemic, which has since killed over 130,000.