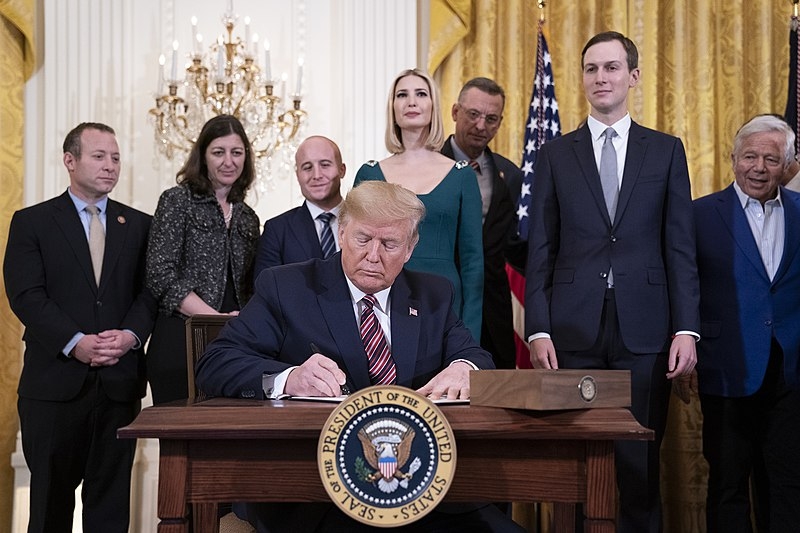 Among the issues that people in other parts of the world have called to protest is the occupation of Israel on the Gaza strip as well as the West Bank. A progressive American Jewish group has taken to protest outside the home of Ivanka Trump and her husband Jared Kushner, but the two were not home at the time of the protest.

The Daily Mail reports that progressive American Jewish group IfNotNow stood outside the Kushners home in Washington D.C. on Tuesday to protest against the Israeli occupation. However, during the time they were protesting, Ivanka, Jared, and their family were not at home. Their family spent the fourth of July weekend out of Washington. Both are Jewish, and Kushner has recently been facilitating talks with Israel to deliberate whether the US will support Israel’s occupation of the Gaza strip and the West Bank. The administration remains undecided on Israel’s move.

Videos of the demonstrators were shared on social media. In one particular video, one protester said, “We are demanding that Jared Kushner wake up to the harmful policies that are perpetuating annexation, permanent occupation, and continued violation of Palestinian human rights.”

One speaker at the demonstration said that the United States gives $3.8 billion in funds to Israel without conditions. “It’s time to leverage those dollars to prevent the continuing and deepening of the occupation.”

Israel Prime Minister Benjamin Netanyahu has proposed to occupy a portion of the West Bank. However, several officials of his government have opposed to annexing parts that have Palestinian residents. Many have viewed the annexation as a violation of international law and make Jewish settlements on the West Bank illegal.

Ali then added that they should work together with those communities to develop a plan to address the systemized racism that has taken the lives of both Black and Brown people.