US Supreme Court: Clarence Thomas criticized for acting like a 'politician' rather than a SCOTUS justice 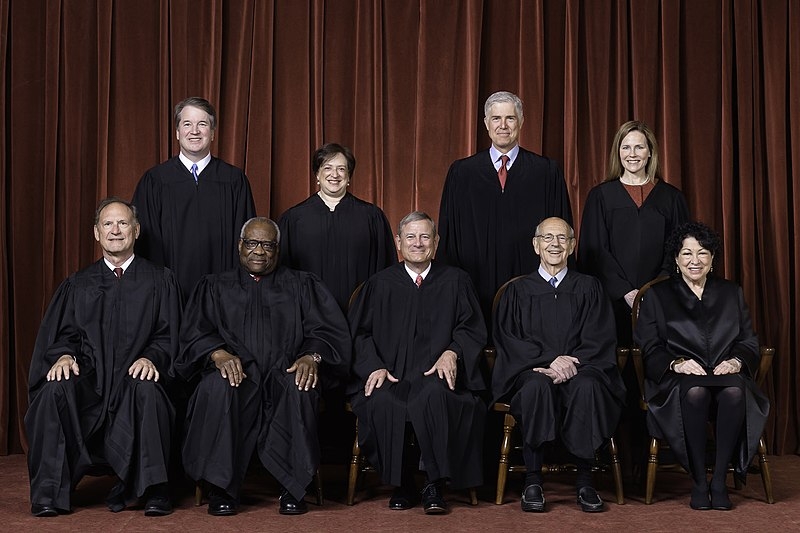 Fred Schilling, Collection of the Supreme Court of the United States / Wikimedia Commons

Conservative US Supreme Court Justice Clarence Thomas has come under fire in recent weeks for several instances. This week, Thomas was blasted for a recent photo showing him with a Republican senatorial candidate.

MSNBC host Lawrence O’Donnell ripped into Thomas this week during the Monday broadcast of his show “The Last Word,” saying that Thomas is behaving more like a partisan politician rather than an ideally neutral Supreme Court Justice. O’Donnell cited the photo of Thomas with Georgia Republican Senatorial candidate Herschel Walker, whom former President Donald Trump has endorsed and is challenging Democratic Senator Raphael Warnock in the midterm elections.

O’Donnell stressed that it was very inappropriate for a sitting Supreme Court justice to pose for a “campaign photograph with a Senate candidate.” O’Donnell also noted that there is a law that requires Supreme Court Justices to recuse themselves from cases that involve a spouse, but the law does not have a “criminal enforcement mechanism” out of the belief that no Supreme Court Justice would ever think to violate such law.

“No member of the Supreme Court in history has ever been suspected of or accused of anything as bad as what we already know Clarence Thomas actually did,” O’Donnell continued, citing that O’Donnell was the only dissent from the appeal Trump made to block the National Archives from releasing his White House documents to the January 6 committee.

O’Donnell linked the dissent to the revelations that Thomas’s wife, Ginni Thomas, was revealed to have pushed Trump White House Chief of Staff Mark Meadows to pursue efforts to overturn the 2020 election results.

Following the revelations of Ginni Thomas’s involvement in the efforts to overturn the elections, over two dozen Democratic lawmakers are calling for Thomas to recuse himself from cases related to the January 6 insurrection at the Capitol. 24 House and Senate Democrats penned a letter urging Thomas to recuse himself and to immediately provide a written explanation for his failure to do so in previous cases.

The Democratic lawmakers also called for Chief Justice John Roberts to establish a “binding Code of Conduct” for the Supreme Court for Justices to issue written explanations for their recusal decisions.