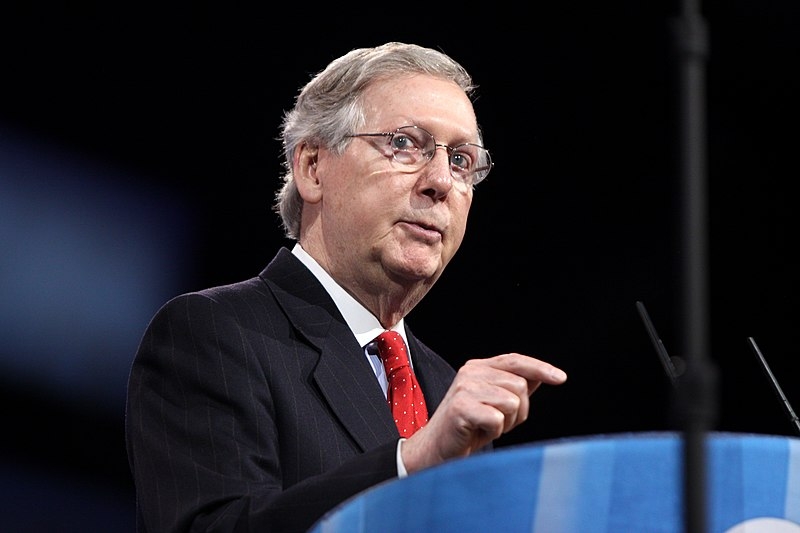 The confirmation of Supreme Court nominee Ketanji Brown Jackson is inevitable following the votes to advance her confirmation breaking the Senate panel’s deadlock. Dozens of Senate Republicans have come under fire as of late for trying to justify their opposition to Jackson despite acknowledging her qualifications.

Not long after the four-day confirmation hearings for Jackson, a few Republicans came forward and acknowledged her qualifications yet said that they will not be voting for her. In a piece for MSNBC Sunday, Steve Benen criticized the Senate GOP, arguing that the Republican Party will not benefit from “opposing a nominee whom Republicans concede is highly qualified, but nearly all GOP Senators will vote no anyway” as a way to appease their base of voters and sending the message that the GOP will vote no based on the fact that Jackson was nominated by a Democratic president.

Benen also noted that this is the strategy of Senate Minority Leader Mitch McConnell. Recent reports have revealed that McConnell has both publicly and privately pressured the members of his party to vote no on Jackson, who would become the first Black woman to be a Supreme Court justice. Jackson would succeed retiring liberal Justice, Stephen Breyer.

“Senate Republicans could look good voting for the first Black woman to serve on the high court and in the process, the party could gain some shred of credibility in advance of the next time there’s a vacancy during a Democratic presidency,” wrote Benen.

Three GOP Senators: Mitt Romney, Lisa Murkowski, and Susan Collins, have all voted along with the Democrats in advancing Jackson’s nomination to the Senate floor, breaking the deadlock created by the evenly divided Judiciary Committee.

Republicans remain under fire for their attacks on Jackson during her confirmation hearings. “Morning Joe” host Joe Scarborough ripped into GOP Senator Lindsey Graham for saying that if Republicans held the Senate majority, Jackson would have not received a hearing. Scarborough said the political environment surrounding the Senate confirmation hearings has gotten “so harsh.”

Scarborough cited the hearings for Brett Kavanaugh, who was nominated by Donald Trump and has been accused of sexual assault, the accusations coming up during the hearings.

“Republicans said ‘Oh because Brett Kavanaugh was treated so badly we’re going to show more grace’ – oh, so you suggest she coddles pedophiles?” said Scarborough. “Is that the way the Republican Party restrains itself, by accusing her of being a friend to pedophiles?”