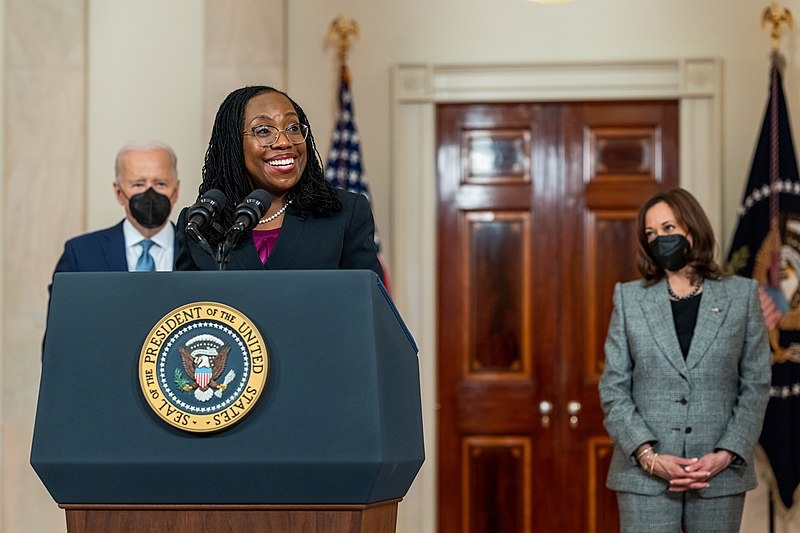 The US Senate made history last week as the nomination of Judge Ketanji Brown Jackson was brought to the floor for a final vote. The upper chamber voted to confirm Jackson, making her the first Black woman to become a Supreme Court Justice.

“This is a wonderful day, a joyous day, and an inspiring day for the Senate with the Supreme Court and for the United States of America,” said Senate Majority Leader Chuck Schumer. “Judge Jackson is in every sense and by all measures a brilliant jurist.”

Democratic Senator Ed Markey said that Jackson is an “inspiration.”

Aside from becoming the first Black woman to be a Supreme Court Justice, Jackson is also the third Black American to serve as a justice on the country’s highest court. While ideologically leaning liberal, Jackson’s confirmation will not change the structure of the court with its 6-3 conservative majority.

The hearings for Jackson highlighted the partisan divide in an evenly-divided Senate, with near-unanimous Republican opposition. Republican members of the Senate Judiciary Committee sought to smear Jackson and paint the federal judge as “a radical.”

Cillizza said that while it was no surprise that both Paul and Graham would vote against Jackson’s confirmation, it was that both lawmakers were not allowed to vote on the Senate floor as they were not wearing ties.

Graham was not wearing a tie to vote despite a video from the press conference on the same day showing the South Carolina lawmaker wearing a tie. Paul, on the other hand, wore casual clothes and delayed the final Senate vote for nearly 30 minutes.

“It’s absolutely fair game for Graham and Paul to oppose Jackson based on their own beliefs and their understanding of her views. But to not make it to the Senate floor to cast what everyone agrees is a historic vote? It’s a bad look,” wrote Cillizza.