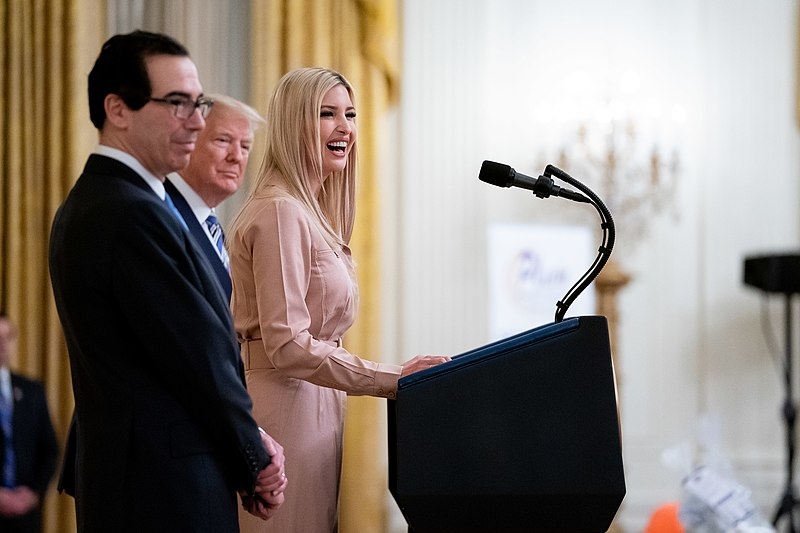 Former first daughter and White House adviser Ivanka Trump remains largely silent on social media since leaving the White House back in January. However, Ms. Trump’s recent style change reportedly suggests she may already be contemplating her next move.

A piece by style writer Alaina Demopoulos for The Daily Beast claims that Ms. Trump may already be hinting that she is planning her next move. This claim comes as she appears to allow herself to be photographed by paparazzi in Florida, where she now resides full time with her husband Jared Kushner and their three children. Demopoulos goes on to say that the former first daughter is seeking to come across as relatable through the photos that were taken of her.

“Now that Ivanka is out of office and charting her next course, she has debuted a calculated new look. Some of the elements we know are there, like the stick-straight blonde hair and ultra-white teeth. But there’s a new style to Ivanka, one might belie her future aspirations -- whether in politics or business,” wrote Demopoulos. “But just as her father campaigned on the false image of being an outsider and a champion of the working class, Ivanka now finds herself in the midst of a precarious rebranding.”

Even as Ms. Trump has expressed interest in following her father’s footsteps by entering politics, she has made clear that she would not be challenging the seat of Florida Republican Senator Marco Rubio who is up for reelection in 2022. Ms. Trump’s sister-in-law Lara Trump is also looking to launch a political career of her own as well.

In other related news, while Ms. Trump and Mr. Kushner have served as advisers in Donald Trump’s term as a Republican president, they likely found themselves at odds with another close relative of theirs - Mr. Kushner’s brother Joshua Kushner and his wife Karlie Kloss. The couple was recently spotted leaving Joshua Kushner and Kloss’ home, shortly after the announcement that Kloss had given birth to their first child.

Their visit also comes weeks after Kloss decried her in-laws’ involvement in the January 6 insurrection. Ms. Trump called the rioters at the Capitol “patriots,” despite wearing clothing showing anti-Semitic messages.