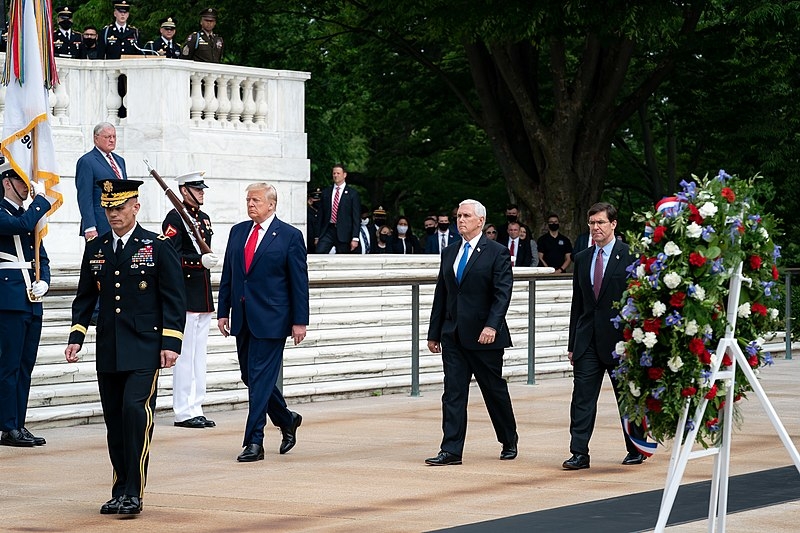 Trump went on Twitter to attack Scarborough again, pushing to reopen a cold case about his aide, Lori Klausutis, who passed away while Scarborough was serving in Congress. The President continued to push a conspiracy theory that Scarborough was involved in Klausutis’s death in 2001, even though it was refuted when it was revealed that the former aide’s death was accidental. Scarborough was in Washington DC at the time of her death when she was found in the offices in Florida.

“Psycho Joe Scarborough is rattled, not only by his bad ratings but all of the things and facts that are coming out on the internet about opening a Cold Case. He knows what is happening!” tweeted Trump.

Klausutis’ widower, Timothy Klausutis, has since written an open letter to Twitter’s CEO Jack Dorsey to take down the tweets. However, Twitter did not take down the tweets but added a fact-check feature to some of his other messages on the platform but expressed their sympathies towards Klausutis’ family for the pain caused by Trump’s accusations.

Nevertheless, many on social media were outraged by his continuous remarks about the tv host. One user pointed out that while he attacks Scarborough for the death of his aide, he has ignored the death toll from the coronavirus in the United States, which has since reached over 100,000. Conservative news outlet the Washington Examiner has also expressed shock over Trump’s accusations, as another user also pointed out, replying with a link to the piece.

Meanwhile, Deadline reports that Scarborough paid tribute to his late aide on Morning Joe Wednesday in a special segment. Scarborough recalled his conversations with Timothy Klausutis after his wife’s death. The tv host continued by saying, “These attacks pass through me and they terrorize a family that has not been able to let their loved one rest in peace.”