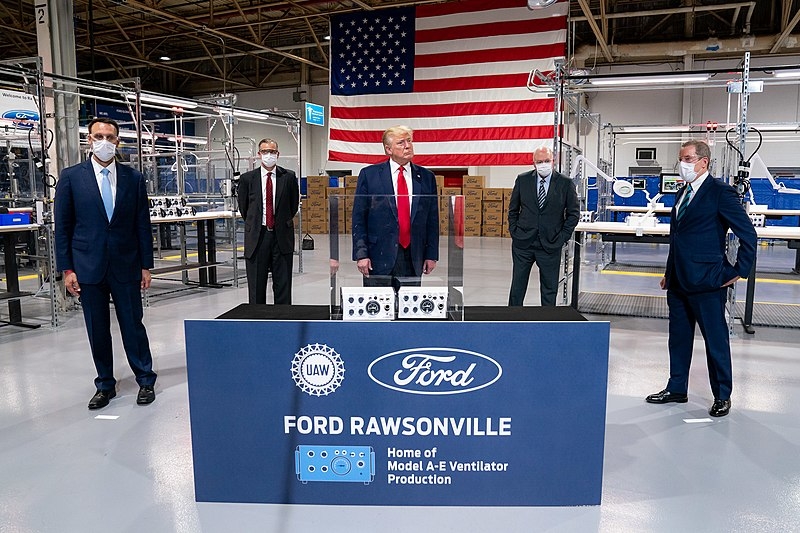 As the elections in November draw near, many have assumed that President Donald Trump will be facing off with former vice president Joe Biden for the presidency. Following his threats made towards Michigan and Nevada regarding the concept of mail-in or absentee voting, Trump accused the Democrats of planning to rig the 2020 elections.

Politico reports that Trump tweeted over the weekend that the Democrats are planning to rig the elections in November. This tweet follows his previous remarks that the United States cannot have all mail-in voting despite the concerns of the coronavirus which now sees nearly 100,000 Americans dead from the pandemic. Trump has constantly reasoned that mail-in voting would be subject to voter fraud, even claiming that higher voter turnout would mean that no Republican would ever get elected for positions. The president tweeted that the November elections would be the “Greatest Rigged Election” in the country’s history.

Trump’s recent remarks have since raised red flags for Democrats, with the concern that the President would not accept the results should he lose to Biden. They are concerned that Trump may attempt to undermine the election or try and stay in power and do everything to make sure he wins regardless of the results.

But this is not the first time Trump has claimed that voter fraud may have taken place. He has often accused certain states of committing voter fraud without any proof because he lost the primaries in those states. Despite Trump joking that he plans to stay in office for longer than one term, the Democrats are taking it seriously out of the possibility that he will not accept defeat quietly in case of a Biden victory.

Meanwhile, The Daily Mail reports that Trump defended his decision to go golfing over the weekend despite the pandemic in the country despite orders by public health experts to stay indoors as the coronavirus death toll nears 100,000. Trump took to Twitter to rant about the criticism he faced for golfing and instead blamed his predecessor Barack Obama and on Biden for doing the same thing, accusing them of going on out of town vacations and getaways.

Trump spent one-third of his entire term as president at his own properties.