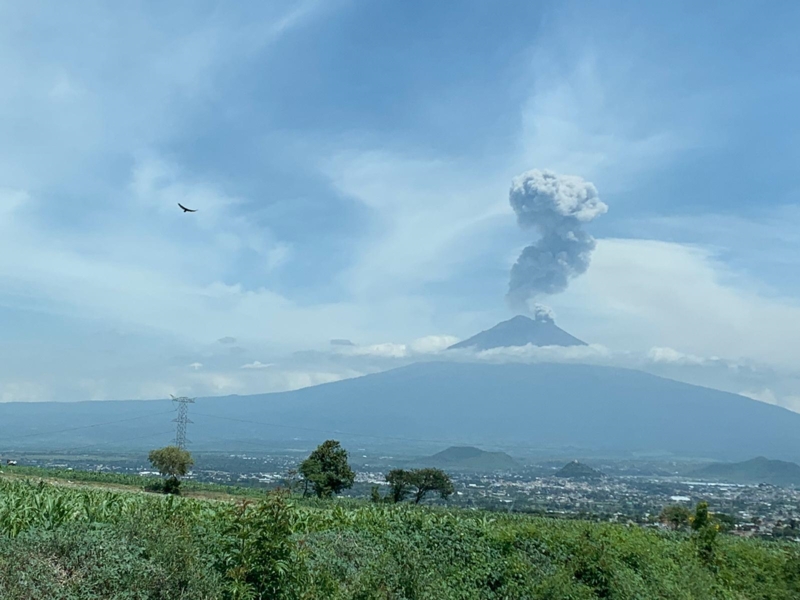 Although the main focus of the world lies in combating the coronavirus pandemic, scientists also continue to keep tabs on the world’s active volcanoes. Now, Mexico’s Popocatepetl volcano erupted, sending molten lava and ash all over the region.

Express reports that the Popocatepetl volcano in Mexico erupted and spewed molten lava from its crater along with ash. The volcano is located in central Mexico, within the regions of Puebla, Morelos, and Mexico City. As of now, the volcano is still reportedly erupting. Prior to the current eruption, explosions from the volcano were heard over the weekend.

The Popocatepetl volcano is one of Mexico’s active volcanoes, having remained dormant for 50 years, it came back to life in 1994 and since then, has been erupting in irregular intervals. It is also one of the tallest volcanoes in North America and is among the volcanoes included in the so-called Pacific Ring of Fire, where 90 percent of earthquakes, 81 percent of which are major earthquakes, are found.

The eruption was heard all the way in the country’s capital of Jakarta, which is 100 miles away from the volcano. Thick ash reportedly fell from the sky after the explosion, which scientists believe is the biggest one so far since 2018. Over the weekend, officials placed the area on a level 2 alert, but there have not been any casualties so far.

The Center for Volcanology and Geological Disaster Mitigation also reported three more eruptions that happened on Friday but were unrelated to the Krakatoa volcano.