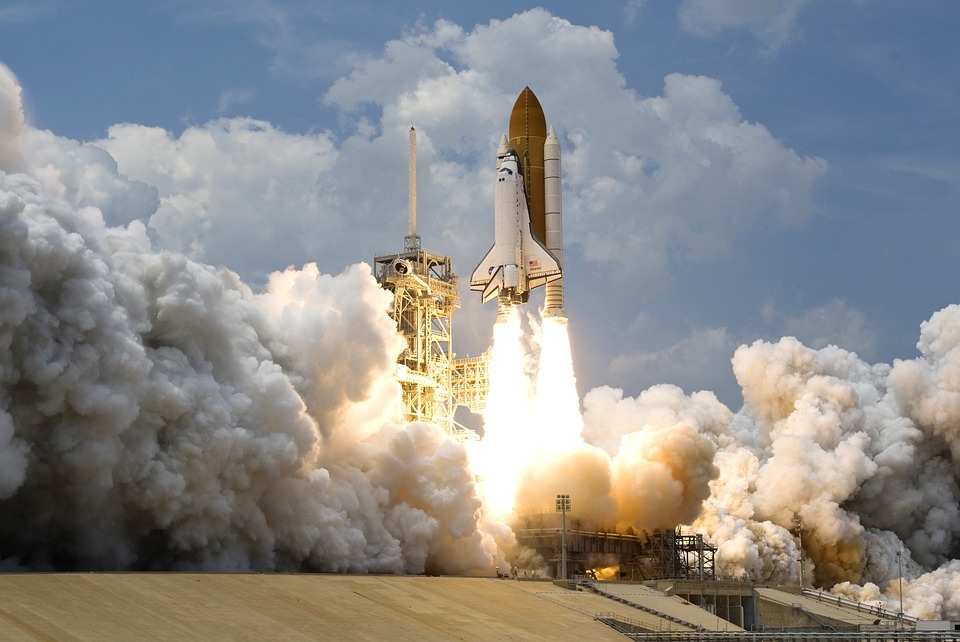 Despite the world battling the coronavirus pandemic, space exploration continues, with NASA recently sending a few more people into space. The agency released a photo of the latest rocket launch, sending the new batch of astronauts into the International Space Station.

Express reports that the agency shared the photo of the launch in Kazakhstan, blasting into the sky on Thursday, April 9th. Three astronauts - Chris Cassidy from NASA, and Anatoly Ivanishin and Ivan Vagner of Russia’s space agency Rocosmos, will be going to the International Space Station, where they will spend six months in the space laboratory.

“The Soyuz MS-16 lifts off from Site 31 at the Baikonur Cosmodrome in Kazakhstan on Thursday, April 9, 2020, sending Expedition 63 crew members Chris Cassidy of NASA and Anatoly Ivanishin and Ivan Vagner of Rocosmos into orbit for a six-hour flight to the International Space Station,” said the US agency in a statement.

This launch is the only launch to push through so far as the rest of the activities in NASA were suspended until further notice due to the coronavirus pandemic which has put a halt in preparations for the upcoming Artemis mission. The same has occurred with Rocosmos, which also had plans to launch the ExoMars 2020 Rover in partnership with the European Space Agency. But due to the growing concerns and technical difficulties, the launch of the rover would be delayed for two years.

Recently, NASA celebrated the 30th anniversary of the Hubble Space Telescope. Since its launch in 1990, it has provided scientists and space enthusiasts a glance at the phenomenon occurring in deep space. In a span of 30 years, the Hubble made 1.4 million observations, resulting in scientists all over the world producing over 17,000 research papers that are published. Many of the Hubble’s observations have also resulted in the most iconic photographs of space objects.

One such photo was that of the Eagle nebula’s Pillars of Creation, the Hubble’s most famous photo of them all. Taken in 1995, the image shows columns of gas and dust, the tallest pillar measuring at four light-years in diameter. Another famous photo was of the Omega Nebula, which was taken in 2003, showing a colorful cloud of gas and dust, also known as the Swan Nebula.