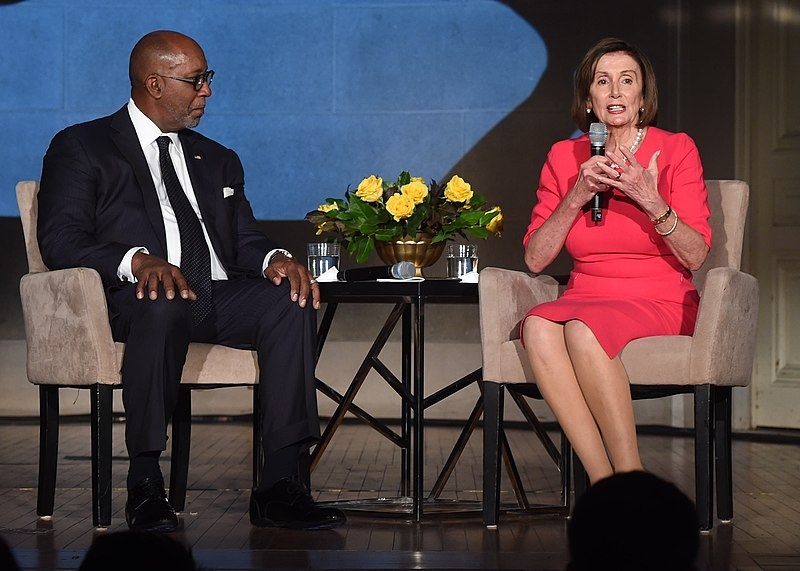 Congress is looking to pass the major infrastructure bills being proposed by the Democratic Party and US President Joe Biden. This week, House Speaker Nancy Pelosi maintained her stance that the House will not vote on the bipartisan proposal unless the Senate has passed the Democratic-led infrastructure package as well.

Both Pelosi and Republican Senator Rob Portman spoke about the infrastructure package on ABC in separate interviews, during which they gave contrasting viewpoints regarding when the bill would be passed. Pelosi reiterated her stance in her appearance that she will not bring the bipartisan infrastructure bill to a vote in the House unless the Senate Democrats pass a separate infrastructure bill that amounts to $3.5 trillion.

“We are rooting for the infrastructure bill to pass, but we all know that more needs to be done,” said Pelosi.

The bipartisan infrastructure bill has a price tag of $1 trillion, with $579 billion in new spending for increasing broadband internet access all over the country. It would also be used for repairing or updating bridges and roads. Senate Republicans voted against the bipartisan bill that some have agreed on while meeting with Biden at the White House. The vote to oppose cited the $40 billion in IRS funding.

South Carolina GOP Senator Lindsey Graham even went as far as suggesting they leave the Capitol to prevent the Democrats from reaching a quorum of 51 lawmakers. However, should the Democratic Party succeed, the agreement would amount to $4.1 trillion in new spending, making it one of the biggest spending bills proposed by Congress. Senate Majority Leader Chuck Schumer said the $3.5 trillion proposal would include social-program expansions like Medicare coverage for dental and vision.

Previously, Pelosi is already gearing up for the House Select Committee that will be launching the investigation into the January 6 insurrection at the Capitol. As of now, nine members have been appointed to the 13-member panel, the latest appointment being Republican Rep. Adam Kinzinger, the second GOP lawmaker to join the panel after Liz Cheney.

With House Minority Leader Kevin McCarthy withdrawing his nominations after Pelosi rejected two of his picks, Pelosi appears to remain with the advantage over the panel’s probe. “We have the duty, to the constitution and the country, to find the truth of the 6 January insurrection and to ensure that such an assault on our Democracy cannot happen again,” said Pelosi in a letter to the House Democrats.

Pelosi has also suggested that McCarthy’s decision to boycott the panel would leave former President Donald Trump without any defenders in the investigation.