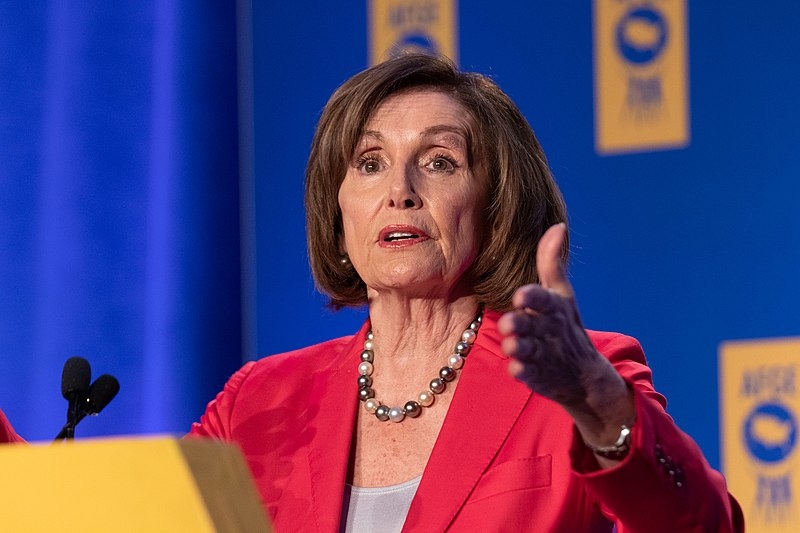 Democratic House Speaker Nancy Pelosi already has most of the lineup of the 13-member panel that will be examining the January 6 riots at the Capitol. Following the reports that House GOP Leader Kevin McCarthy nominating Ohio Rep. Jim Jordan, Pelosi is being urged to veto Jordan.

Many were angered by McCarthy’s reported selection of Jordan to be one of the Republicans in the select committee that will investigate the Capitol insurrection. A petition has since circulated on social media urging Pelosi to not only veto Jordan, who defended former President Donald Trump during both impeachment proceedings and voted to overturn electoral votes, but also McCarthy’s other picks in Jim Banks and Troy Nehls, who also voted to overturn election results.

It should be noted that McCarthy’s picks for the select committee are still subject to approval by Pelosi. Pelosi has the final say on who McCarthy is able to select for the committee. Seven Democrats and one Republican, Rep. Liz Cheney, have been appointed by Pelosi to serve in the committee.

Jeff Sites, a Democrat who is challenging Jordan’s seat in the upcoming 2022 elections, also urged Pelosi to veto Jordan, Banks, and Nehls. “No election objector can be allowed to obstruct this investigation. Join us in telling Speaker Pelosi to say no,” tweeted Sites, who later added, “Madam Speaker: Do not let this become a circus. Veto Jim Jordan, Jim Banks, and Troy Nehls.”

Bruno Amato, who is challenging McCarthy’s seat in the upcoming elections, also echoed Sites in calling for Pelosi to veto Jordan.

In other news, a White House official and a spokesman for Pelosi announced that a White House aide and one aide to the House Speaker tested positive for COVID-19. Both are fully vaccinated. Pelosi’s aide received the result following exposure to members of the Texas Democratic state legislature, three of whom were revealed to have tested positive, according to Pelosi’s spokesman Drew Hammill.

Hammill added that Pelosi was not in contact with the aide that tested positive, and her staff have been working remotely Tuesday, except for those who were not exposed and have tested negative.