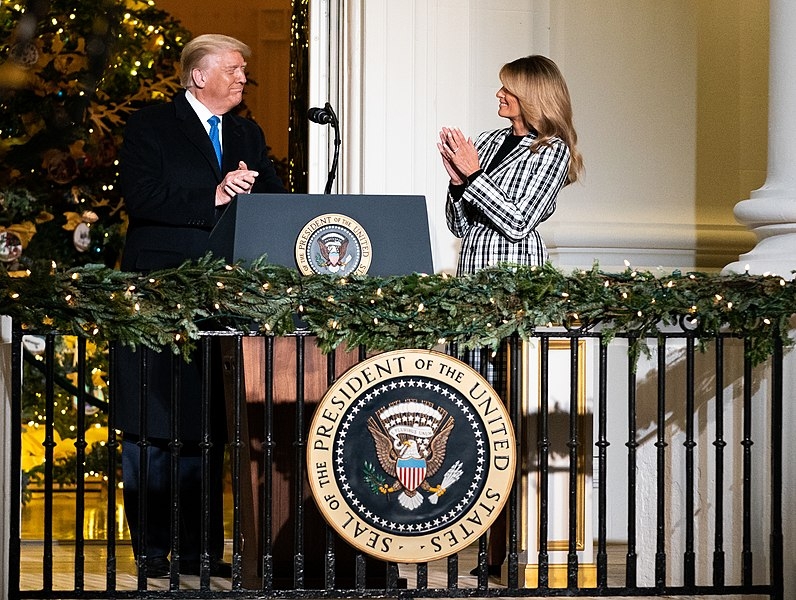 Former first lady Melania Trump was a fashion model before she married former President Donald Trump. The former first lady was brought into a new controversy by her husband, whose claims that she did not have any plastic surgery was mocked by users on social media.

In a new interview for “The New Abnormal Podcast,” MSNBC host Mika Brzezinski recalled the time the now-former president claimed Mrs. Trump did not get any cosmetic surgery in a conversation she was having with the now-former first lady. Ms. Brzezinski shared that she was having a conversation with Mrs. Trump eight weeks after Trump’s election victory in 2016. Not long after the former president claimed that his wife did not get any work done, he attacked Ms. Brzezinski, claiming the MSNBC host was “bleeding badly from a facelift.”

Ms. Brzezinski recalled that Mrs. Trump was curious about the procedure. “I’m talking to Melania about it, woman to woman, then Donald came up and said, ‘You know, Melania has had no work done. She’s perfect’ and I’m like ‘that’s great.’”

“Come on now, please. She’s beginning to look like an old cat now,” said another user.

“Every woman in Trump’s orbit has had massive amounts of plastic surgery done,” commented another user.

Images of the former first couple dining at Mar-a-Lago that night were shared by guests on social media. Despite choosing to have dinner at the resort’s restaurants, they appeared to make sure they were not bothered by the guests that were also dining in the same area.