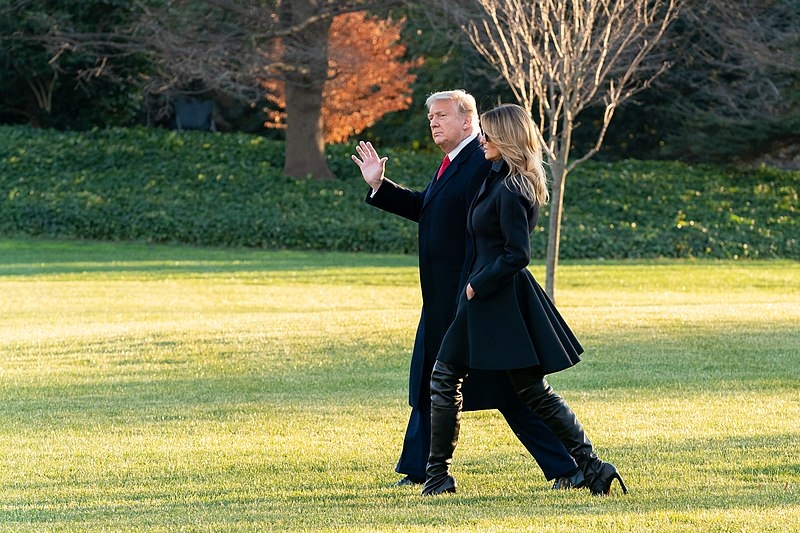 The marriage of former first lady Melania Trump and her husband, former President Donald Trump, has been subject to scrutiny throughout their time in the White House. In a book about the now-former FLOTUS, it has been claimed that the couple is known to sleep in separate rooms.

In the book “The Art of Her Deal: The Untold Story of Melania Trump,” Mrs. Trump and her husband are known to sleep in separate rooms due to the now-former president waking up much earlier than her, and then watches television at five a.m. It remains to be seen what shows the former president watches at those hours but most likely it would be Fox News as the network has been friendly to the Trumps.

“Trump typically wakes around 5 am, well before Melania, and turns on his television,” wrote author Mary Jordan. “The Trump family works together and sometimes vacations together, but they are used to having their own space and a lot of it.”

Jordan notes that the former first lady’s step-daughter Ivanka Trump and her husband Jared Kushner and their three children have their own mansion at Bedminster, which is the former president’s private golf club in New Jersey. Jordan also claims that the former first couple is not known for inviting their grandchildren to spend time with them in the mornings, compared to former President George H.W. Bush and his wife Barbara Bush.

Previously, a relationship expert weighed in on the former first couple’s marriage, which was often speculated to be going downhill due to the widespread rumors of divorce following the elections. Speaking to the Daily Star, relationship expert and life coach John Kenny claimed that the former first lady may have already realized that she may be married to someone who might not be for her, and as a result, she would have difficulty expressing her emotions in public.

Kenny went on to claim that Mrs. Trump’s actual feelings about her husband would show through her body language and her behavior towards him. “She may realize that she has chosen to be with someone that isn’t good for her, as her actions dictate, that even in public she finds it hard not to show her emotions,” said the expert.