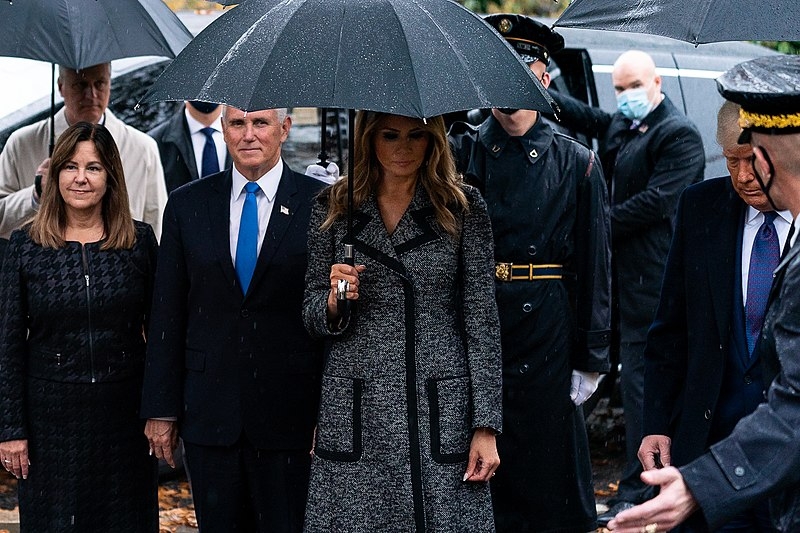 Speculations are rife regarding the marriage of former president and first lady Donald and Melania Trump. Although since Donald Trump’s election loss, many have wondered when Mrs. Trump would file for a divorce, author Mary Jordan revealed why the former first lady stood by her husband all throughout his presidency.

Jordan, who wrote the book “The Art of Her Deal: The Untold Story of Melania Trump,” revealed in her interview with People Magazine the reason why the former first lady stayed with her husband. Jordan revealed that Mrs. Trump would benefit more to stay than leaving the former president during his presidency. The author added that while it is popularly believed that Mrs. Trump married for money, Jordan also revealed that she stayed for the recognition as well.

Following Trump’s election victory back in 2016, Jordan wrote that the now-former first lady renegotiated her prenuptial agreement prior to moving into the White House in 2017. Jordan’s sources repeatedly told her that Melania would benefit more by staying than leaving. Jordan also revealed that Mrs. Trump’s main motivation for staying with her husband was that she wanted her son Barron Trump to get “an equal share.”

“President Trump and I extend our deepest condolences to Her Majesty the Queen, the Royal Family, and the people of Great Britain as the world mourns the loss of Prince Philip,” tweeted Mrs. Trump.

Users immediately corrected Mrs. Trump’s use of “President” to refer to her husband. “This is kind of you to acknowledge it, but please don’t refer to your husband in the present tense as ‘President’,” tweeted one user. Another user said it would have been better if the former first lady simply used “My husband and I.”