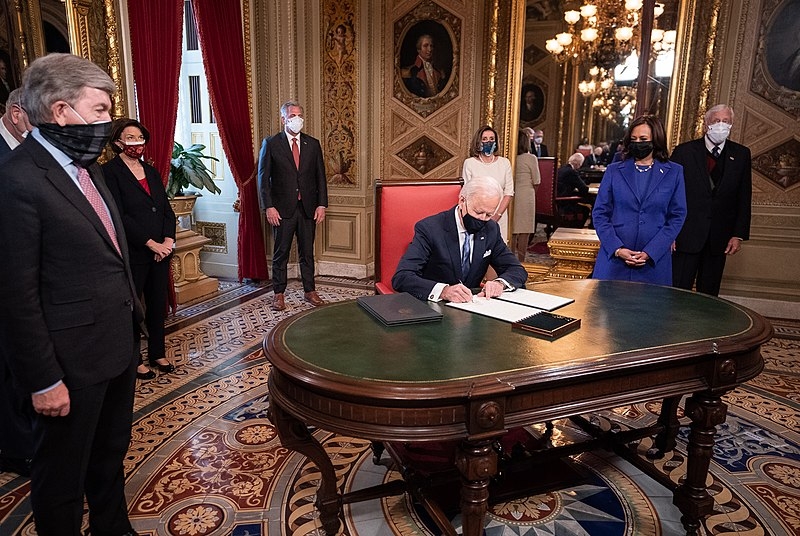 Since taking over the presidency, Joe Biden has looked to re-engage with US allies and partners. A new international survey reveals that the image of the US has significantly improved under Biden compared to his predecessor Donald Trump.

A survey released by the Pew Research Center Thursday found that a median of 75 percent of respondents from 12 countries expressed confidence in Biden compared to Trump in 2020 where he received 17 percent. In the United Kingdom, 64 percent of respondents said they viewed the US favorably, a significant increase from the 41 percent during the Trump administration. The results were similar in Germany, France, Italy, and the Netherlands, with the US under Biden’s presidency improving its global image by more than 20 percentage points.

In 16 countries surveyed in North America, Europe, and the Asia-Pacific, over 60 percent of its responders in every country also expressed confidence in Biden to do right when it comes to world affairs. Most of the countries that were surveyed overall gave Biden positive remarks.

However, 44 percent of respondents in Taiwan and 43 percent of those in Greece do not think the US is very reliable.

Biden is currently in the UK for the G7 Summit, and the office of UK Prime Minister Boris Johnson shared that Johnson gifted Biden with a framed photograph of a British mural depicting the 19th-century Black abolitionist Frederick Douglass. The mural is a nod to the Black Lives Matter movement that became widespread in 2020 following the killing of George Floyd at the hands of a white police officer Derek Chauvin.

Biden gifted the UK Prime Minister with a US-made bicycle and helmet and Johnson’s wife Carrie Johnson was gifted with a silk scarf and leather bag made by military spouses.