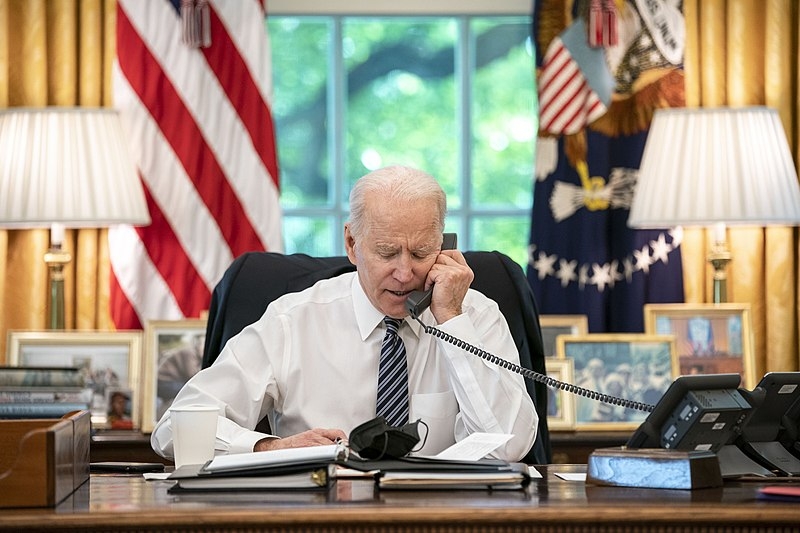 This week, US President Joe Biden is set to depart for Europe in his first overseas engagement since taking office. Biden also recently met with NATO Secretary-General Jens Stoltenberg at the White House, reiterating the importance of the alliance.

Biden and Stoltenberg met in person at the White House this week, ahead of both the G7 and the NATO summits taking place in the coming days this month. After the meeting with Biden, Stoltenberg told the press that the pair agreed on the importance of strengthening the NATO alliance especially in light of the security challenges that would need the cooperation of countries in the international organization.

Biden and Stoltenberg also discussed ways to reinforce the NATO alliance especially in front of challenges in the form of global terrorism, climate change, and the situations with Russia and China.

“Great to meet @POTUS just a week before our pivotal #NATOSummit. I thanked him for his leadership & steadfast commitment to our Alliance. In an age of global competition, we will take ambitious decisions to strengthen #NATO for the next decade. #NATO2030,” tweeted Stoltenberg.

The NATO chief also said he agreed with Biden’s dual-track approach to Russia of “deterrence, defense, and dialogue.”

Following the G7 and NATO summits, Biden is set to attend a Geneva summit to meet with Russian President Vladimir Putin. US National Security Adviser Jake Sullivan said that the timing of the Geneva summit with Putin would ensure that Biden will have consulted US allies in Europe. Sullivan noted that Biden’s meeting with Putin because of their differences and not in spite of them.

Meanwhile, Biden issued a statement congratulating the confirmation of his first lineup of judicial nominees for the courts. This comes as the Senate has confirmed Julian X. Neals for the US District Court in New Jersey and Regina M. Rodriguez for the US District Court for Colorado. Both nominations received bipartisan support in their confirmations.

Biden noted that his other nominees are awaiting confirmation and that he hopes they would receive support from the Senate.

“I was honored to include both of them in the very first nominations I made to the Federal Bench, and they embody the professional excellence and devotion to the rule of law and our Constitution that the American people expect of Federal judges,” said Biden in the statement.