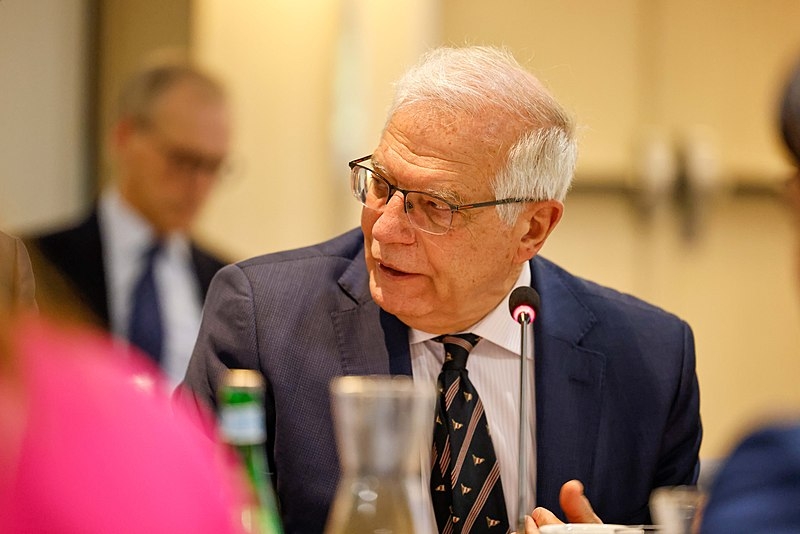 Over the weekend, the European Union’s foreign policy chief Josep Borrell welcomed the decision by the government of Kosovo to delay measures for Serbs to register for new license plates. The measures would be implemented by September 1 instead.

This comes as there are tensions between police and local communities that led to roadblocks. 14 years since Kosovo declared independence from Serbia, Serbs in its northern area still use license plates and papers issued by authorities in Serbia in their refusal to recognize the Kosovan government.

Borrell said in a post on Twitter that the roadblocks are expected to be removed as soon as possible, and that the outstanding issues must be addressed through EU-facilitated dialogue as well as a focus on comprehensive normalization of ties between Kosovo and Serbia.

NATO peacekeepers Monday oversaw the removal of the roadblocks following the tensions in the area, over 20 years since the alliance drove out Serbian forces from Kosovo in a series of airstrikes. Police in Kosovo said the removal of the blockades in the northern area of the country will allow the reopening of the border crossings in Serbia.

“Roads are now free for traffic to pass, both border crossings are open now for people and goods to cross,” the Kosovo police said in a statement.

The tensions in the north appeared to revive tensions between Serbia and Kosovo. Serbia and even Russia do not recognize Kosovo as an independent state and have blocked the nation’s efforts to apply for membership in the United Nations.

Over 100 nations, however, do recognize Kosovo as an independent state, which is also making a bid to enter the NATO alliance.

Friday last week, Borrell condemned the atrocities committed by Russian forces and their proxies in Ukraine in a statement.

“The European Union actively supports all measures to ensure accountability for human rights violations and violations of international humanitarian law committed during the Russian aggression in Ukraine,” said Borrell.