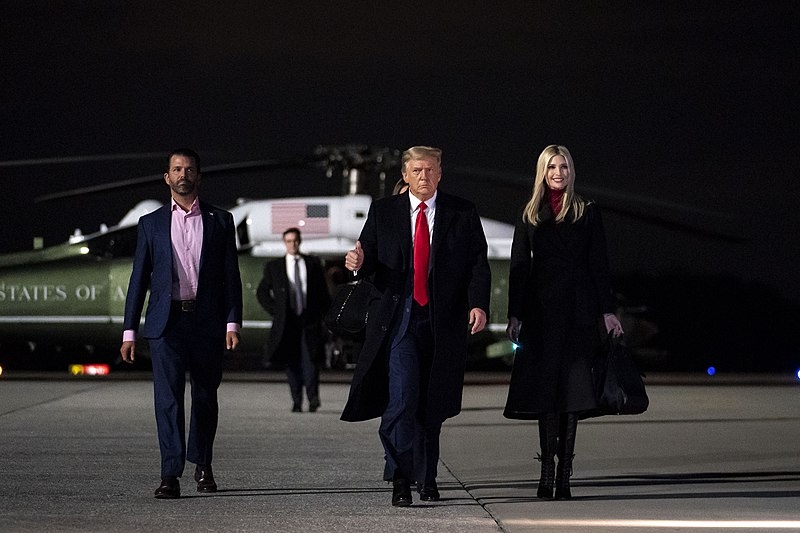 A few months after leaving the White House and establishing his post-White House office, former President Donald Trump is set on furthering his administration’s agenda. A group of his former aides has now put together a policy group that would promote Trump’s “America First” policy.

A group of Trump’s former senior aides established the “America First Policy Institute” in an effort to permanently incorporate the former president’s approach to foreign policy in the Republican Party.

Made up of 35 former aides, including former Cabinet officials, national security advisers, and members of Trump’s evangelical advisory board, the group is also well-funded with a $20 million initial budget. Trump’s daughter and son-in-law, Ivanka Trump and Jared Kushner, are serving as informal advisers to the institute.

“We’re all great friends and they helped us with this,” said Larry Kudlow, Trump’s former economic adviser and the vice president of the America First Policy Institute board. Trump has already endorsed the formation of the group in a statement and added that he looks forward to working with them to promote his administration’s agenda even outside Washington.

The group joins several other Trump-affiliated groups that have been established since the former president left Washington in January. The institute plans to double its already hefty budget by 2022. The institute plans on establishing its headquarters in Arlington, Virginia, and maintain proximity to Trump’s Republican allies in Congress, who are still keen on Trump’s MAGA movement.

With this establishment of a new policy group, it is a sign that Trump intends to keep his control over the Republican party. This is despite some Republican lawmakers and leaders already expressing concerns over the former president’s influence, especially as the party seeks to regain majorities in both chambers.

Cheney is one of the 10 House Republicans who voted to impeach Trump following the January 6 insurrection at the Capitol.